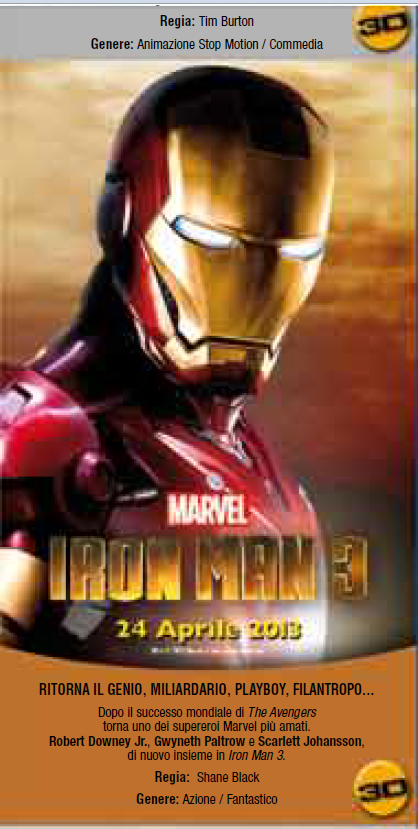 Thanks to Bleeding cool news and Italian Magazine Primissima we have a new low res Iron Man 3 poster which features a new release date for the Italian version of the movie which is a week earlier than the original general release date.

The poster was spotted in an online version of Primissima which is available here along with a few other up coming movie posters including Disneys planes.

Up to now it was thought the Iron man 3 release date would be May 3rd 2013 for the first release but it looks like Italy and a few other countries could have the movie a week early on the 24th April 2013.

The poster also features a big 3D banner which may indicate the first Iron Man movie made by Disney will feature a lot more 3D work than previous Marvel movies.

Thanks to Bleeding cool for the heads up.