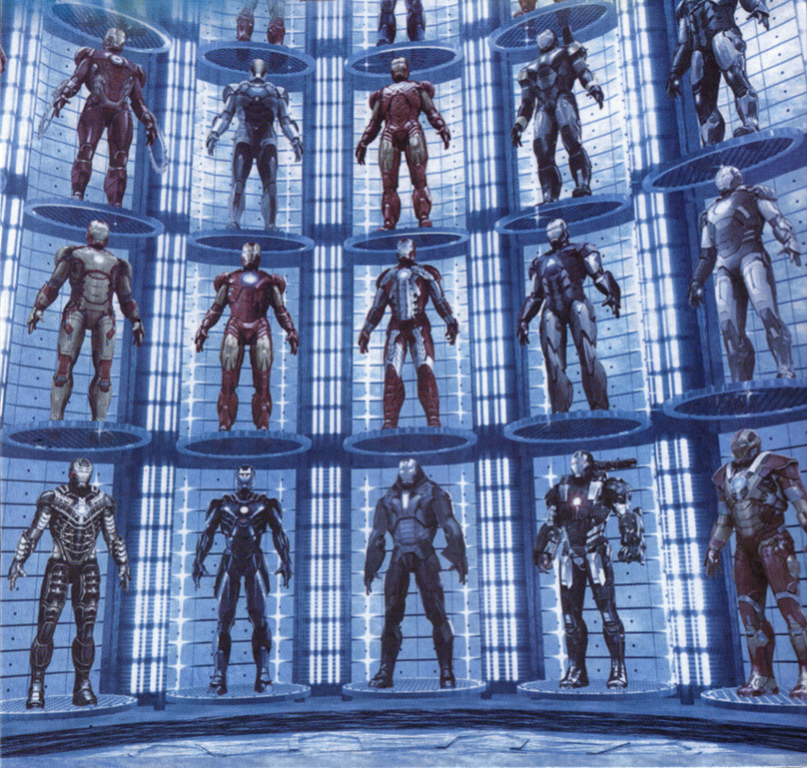 We know Iron Man takes a hard hit at the start of the new Iron Man 3 movie and the eventual kick ass return is inevitable.

The trailer showed us how Tony Starks armor had been blown up by the Mandarin in an attack on his hill side mansion but what will be build to replace it? The latest leaked promo picture shows us the basic concept behind his new underground armor collection.

It all starts to make a lot more sense now. Even before the movie started filming it was strange how many concept artists has joined Adi Granov on the project. Now we can see Marvel has probably had a whole team to create the new additions to the movie which is released this May.

Along with these it appears Pepper Potts will be suiting up in the new movie thanks to a slip of words from Simon Philips at a convention in Sao Paulo. At the convention he also spoke of the hall of armors which is featured in this picture.