First look at Iron Man 3 footage to screen at SDCC 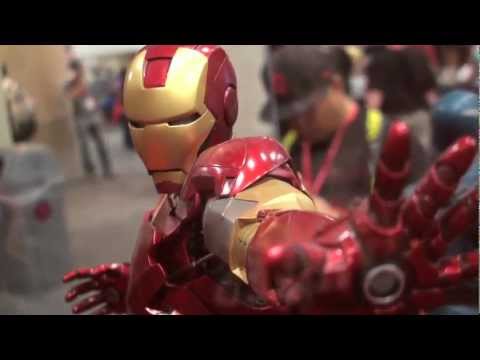 With filming of Iron Man 3 going smoothly which could be for the first time in comic book movie history we will get to see some early production footage thanks to San diego comic con 2012.

The footage will be shown on the Saturday of the three day convention on 14th July 2012. This news comes from Marvel studios and is also part of the schedule.

This surprise preview has probably been on the cards for some time as we have seen a lot of disjointed on set pictures of the sets include the new look War Machine which looks like the Iron Patriot and also scenes of Tony Starks cliff top mansion which may or may not be destroyed.

For those who wont be going to SDCC this year to the footage will likely be leaked on the net and will be here shortly after.

This footage will be everywhere just days before the Dark Knight Rises so it’s going to be an epic month.