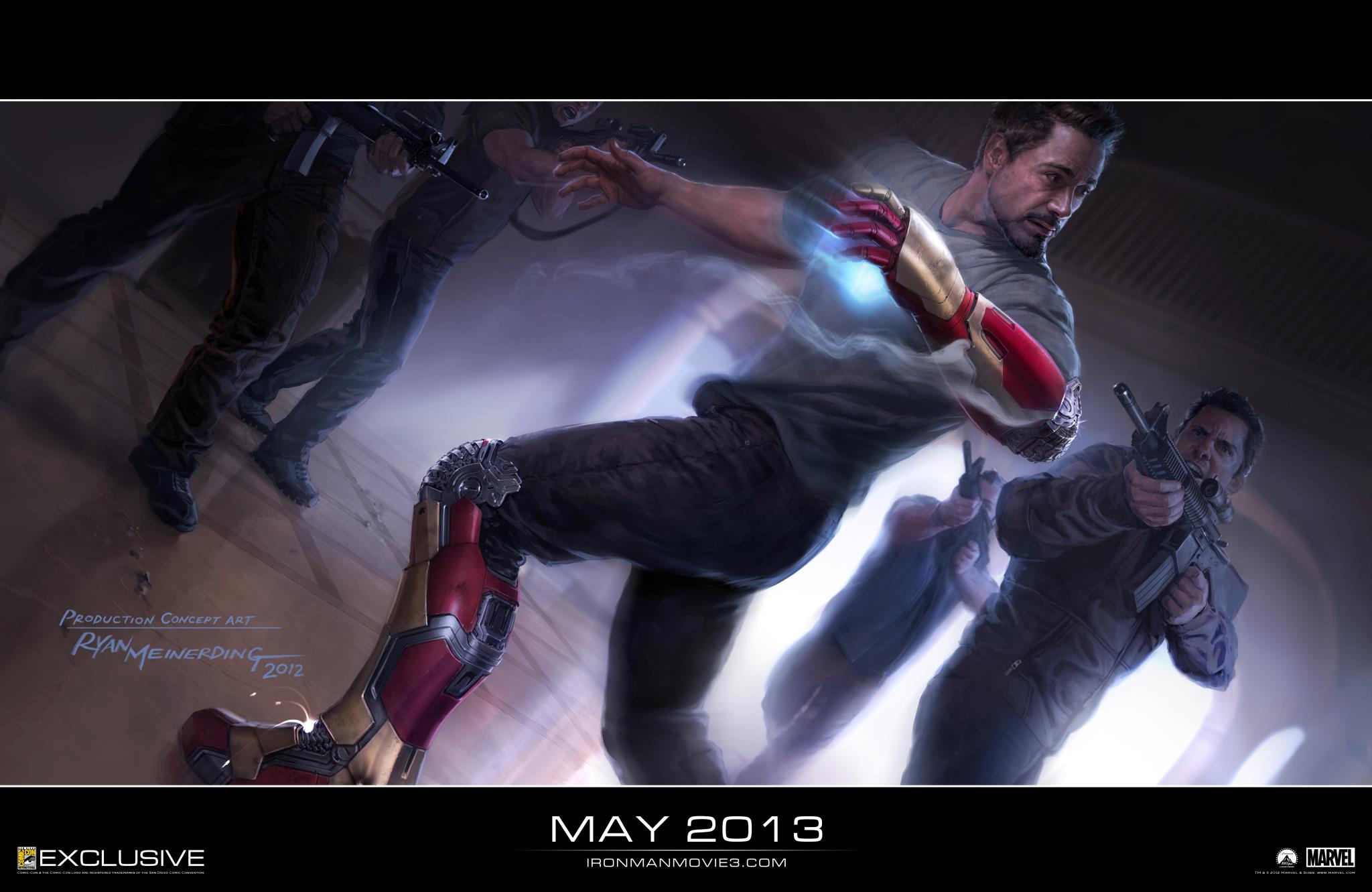 Marvel have released the first concept art for Iron Man 3 which looks very much like the Extremis armor which has been a rumor since Iron Man 2 finished shooting.

If this is indeed Extremis armor the movie franchise could be taking a huge step in Marvel comic mythology which will reinvent the movie verse Iron man as we know him.

For those who haven’t read the comic the Extremis are almost like a mechanical virus. As tiny robots they almost bong with a persons cells and are fully controllable by Tony Stark. They are initially used to save his life after a battle and are later on used to store his armor in his bone marrow.

If this is true the movieverse Iron Man would take a huge leap in terms of his character as he was one of the most realistic characters in the Avengers. Using the Extremis like this would put a stop to all those incredible new armor introduction scenes from the movies and make his Iron man suit wall redundant.

Personally I’m hoping they have come up with some sort of middle ground to introduce the Extremis but leave the suit still a separate entity.