Iron Man 2 in game picture of the Crimson Dynamo 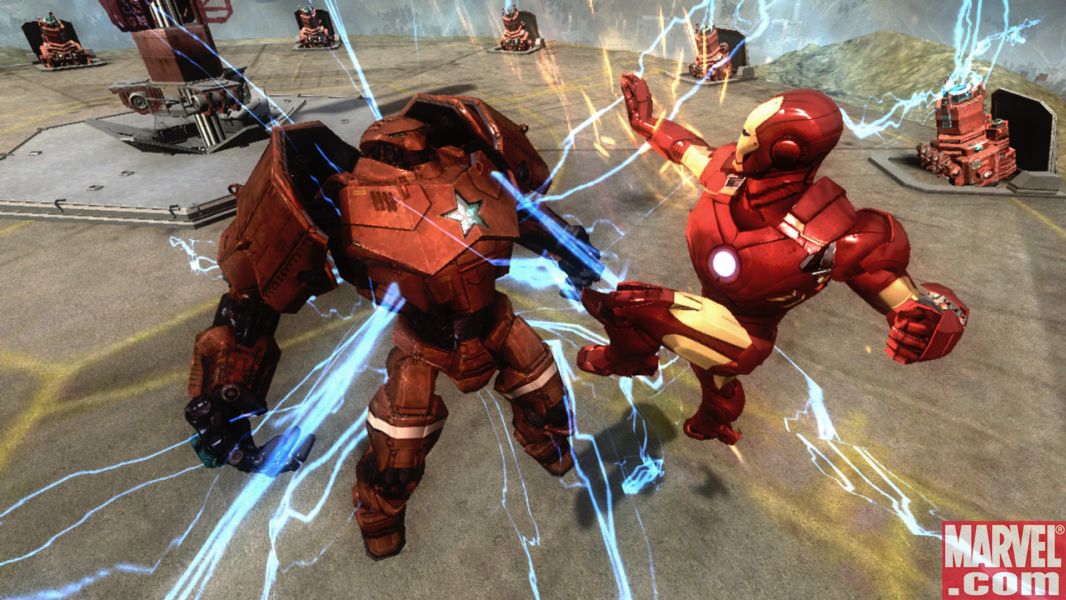 Pretty awesome for some mid week news. Agent-M from the official Marvel blog has released a new in game picture of the Crimson Dynamo.

It’s pretty cool news as it clears up a lot of loose information released recently as initially from the mini mates pictures it looked like this could have been another of the attack drones. But no, awesomely the Crimson Dynamo has some kick-ass armour too now.

This brand-new tale takes gamers deeper into the world of Iron Man, adding to the excitement of the upcoming Marvel Studios film. Iron Man 2 offers fans a chance to play against epic enemies not found in the film of the same name, such as the unforgettable Crimson Dynamo. In the game’s original story, Tony Stark has gifted the world with new technology in order to make it a better place. His philanthropic nature isn’t enough to keep evil at bay, however, as Iron Man’s enemies have crafted their own devious designs based on the technology. Ultimately, Iron Man will face epic battles against huge enemies, as the fate of the world is left in his powerful hands.

The game is made by everyone’s favourite game publishers SEGA and it set to be released on.