Comparing before and after on Iron Man 3 CGI 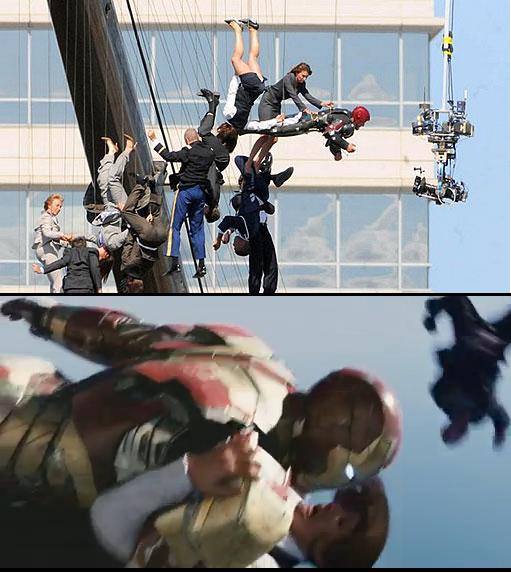 For those of us following the iron Man 3 news over the last few months might remember the strange out door set where people were suspended by crains surounding a guy in a helmet.

The latest TV spot from the Super Bowl Trailer shows us just how much CGI helps turn a dozen of people dangling from wires to what could be the coolest scene in any movie out this year.

One thing I have noticed about the latest trailer is that you don’t see any of the old armour in use just his number 42. Could it be that he has built a whole load of other suits between the Avengers and Iron Man 3 and has them in another base somewhere?

Also I can’t wait for the full trailer which should be out in a few weeks. We still haven’t seen Fan BingBing in action which is one of many things I’m looking forward to in this movie. I’m guessing they may have several trailers coming out for each region as shes a huge star in China but not too well known to the western audience.