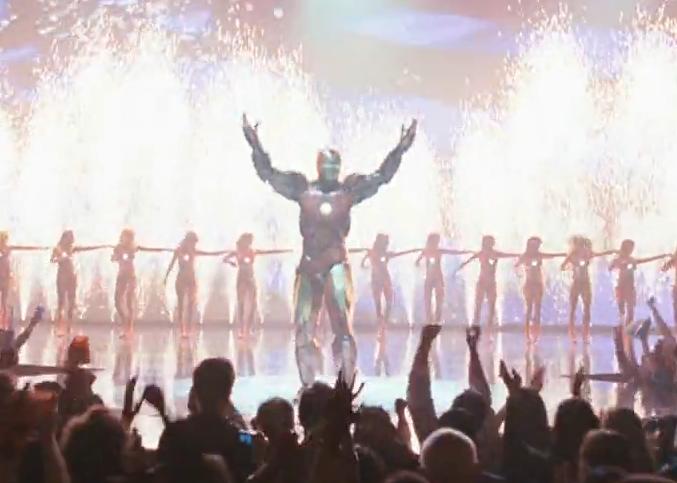 Another brand new Iron Man 2 trailer will be available tomorrow and aired on Jimmy Kimmel Live right after the Academy Awards. For those of us who can’t get the Academy Awards on TV, come back early next week as we will surely be able to track down a copy on-line to go with the collection.

The first advanced preview of Iron man 2 was released last year at Comic Con and gave the fans a pretty vast insight on where the film is moving on from the first film.

The first official Iron man 2 trailer was released in December last year and had a few scenes cut short and a few new ones added with War Machine. So I’m looking forward to seeing what they add to the third trailer

The official release date is set for 30th April and we have Kick-Ass the movie to break up the wait.

Just uploaded the trailer, and wow it looks amazing. It gives away just a little more than the last.