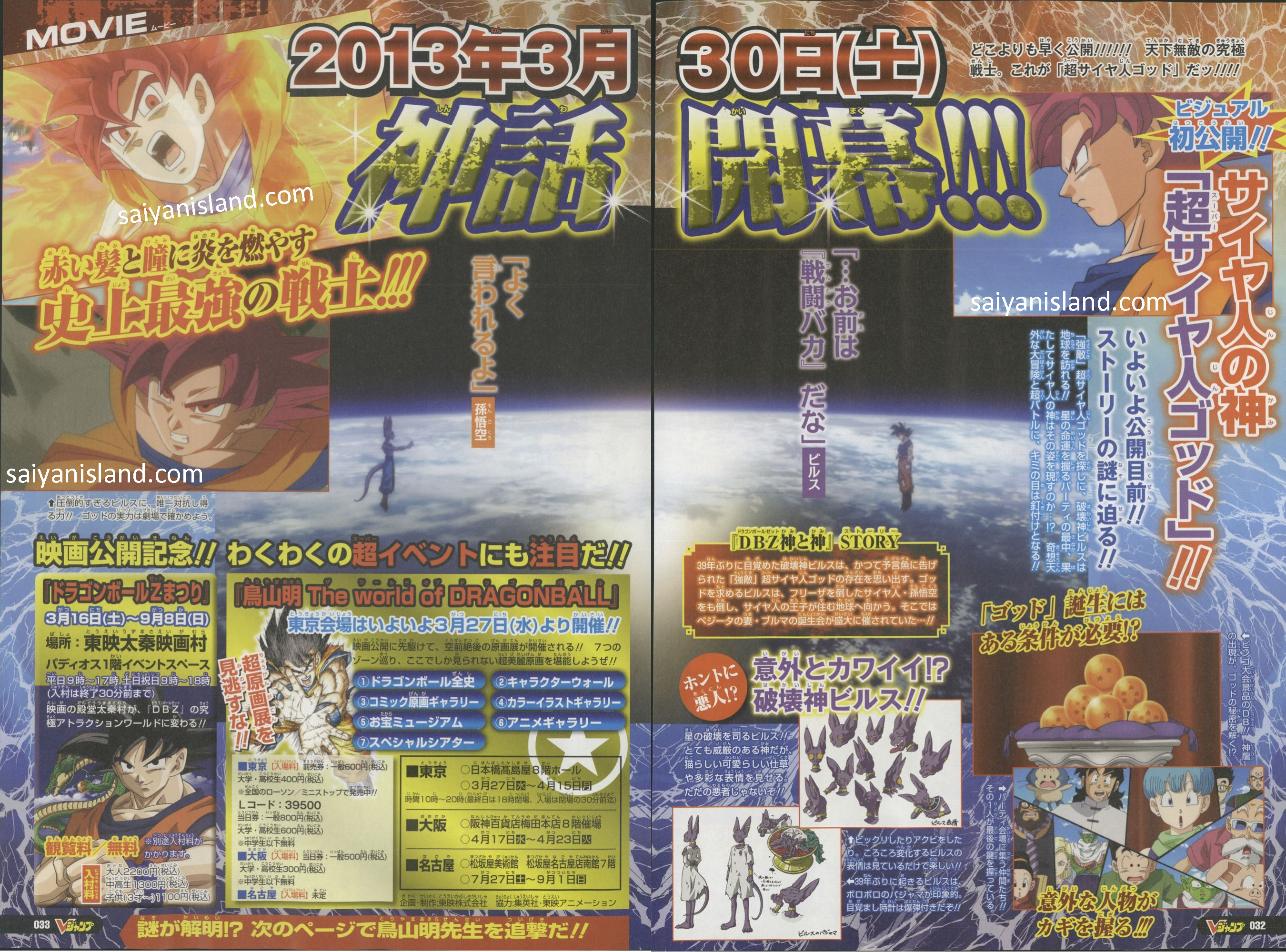 The new Dragon Ball Z movie which is out at the end of the month titled Battle of Gods isn’t just the first Anime to be released in IMAX but the first Japanese movie to be released in the IMAX. Unfortunately it’s not yet got a release date outside Japan but will hopefully be released world wide int he IMAX next year after its been translated.

The anticipation hasn’t just come from that for fans it’s come from the fact the story was thought up by the original creator Akira Toriyama and written by Yūsuke Watanabe who also wrote Gantz but also the fact Goku reaches a power level way beyond Super Saiyan 3.

The legendary Super Saiyan form has been talked about for decades and fans thought we saw the best of it in the Manga but now it’s gone way past that into Super Saiyan God. Although “saiyin” that it did come to fans as a bit of a disappointment when it turned out to be regular Goku but with red hair.

This could just the start of a whole new relaunch of the Dragon Ball Z franchise in Manga and Anime.

Thanks to Saiyan Island for the scan.