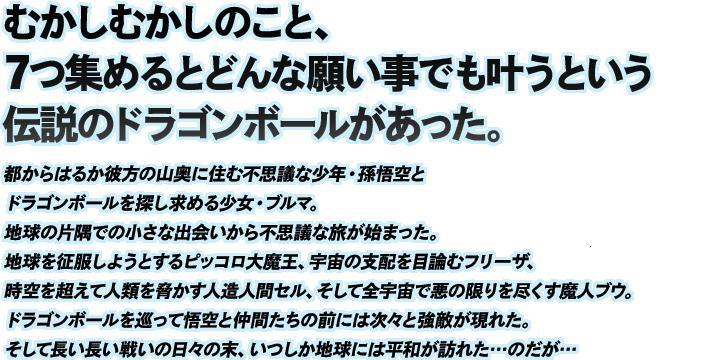 It’s not even arguable its just fact that Dragon Ball has been the most influential Manga and Anime ever made and its long awaited return is nearly upon us. Dragon Ball : Battle of Gods brings back Akira Toriyama to the anime.

There has been about 15 Dragon Ball movies made in the past but none have actually been Akira’s own stories which makes Dragon Ball 2013 a majorly epic event.

We have had a few posters, trailers and brief notes about the story but now we have the first official synopsis.

The events of Battle of Gods takes place several years after the epic battle with Majin Buu, which determined the fate of the entire universe.

Bills, the God of Destruction who is tasked with maintaining the balance of power in the universe awakens from a long slumber. Hearing rumors that a Saiyan defeated Frieza, Bills tracks down this warrior: Goku.

Ecstatic over the new challenge, Goku ignores King Kai’s advice and battles Bills, but he is defeated. Bills leaves, but his eerie remark of “Is there nobody on Earth more worthy to destroy?” lingers on. Goku and his allies must aim to stop the God of Destruction before all is lost. A mysterious character named Wiss also appears in the film.

From the sounds of it this could be a really epic anime, its not the first time Goku has been beaten up by a super powered villain but each time he is he comes back stronger. Could we see a whole new level of Super Saiyan, I very well hope so. I’m also expecting this to be translated to a Manga format so keep your eye out for Dragon Ball volume 43 and over coming later in the year.