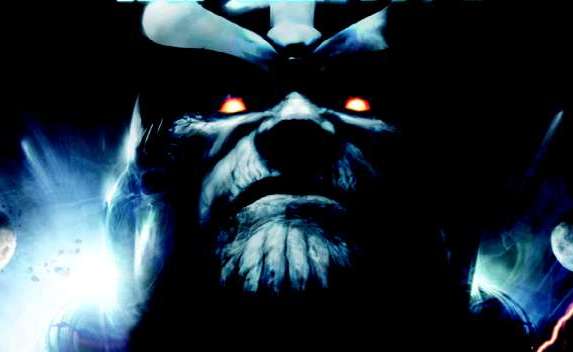 If you want a spoiler free Avengers movie review this may be the wrong place. All the Avengers rumors from the last year or two get confirmed or debunked.

The true evil emperor of the movie isn’t Loki it’s actually The Red Skull in a very Thanos looking costume. throughout the movie you see Loki taking orders from someone else but we don’t see who till the post credits scene. I’m not sure if they will come back to the Red Skull / Thanos combo in Avengers or Captain America 2. This backs up the rumors from HeroClix toys and the Gauntlet of Thanos we saw at conventions last year with Marvel.

Nick Fury fires a missile at a place carrying a nuke

Yes, in the movie there is a jet leaving the hellicarrier with a nuclear missile heading towards New York. Nick Fury decides to use a missile to stop the jet from leaving. Maybe not his best decision but it works out in the end.

Every epic comic book movie needs someone to die 3/4 of the way through. Sorry Phil but you are the weakest link. We could have predicted this one a while back as he stopped filming long before the rest of the cast but at least now its confirmed. He was a great character who tied together the Marvel movie franchise previously and he will be greatly missed.

Thor can now travel without the Bifrost bridge

The Thor movie left the Bifrost which was the bridge between Asgard and Earth in pieces. We know Loki can travel between planets without it and now Thor can too. We leave the Avengers movie with Thor leaving Earth with the Cosmic Cube / Tesseract which should leave him able to travel back in Thor 2.

Well we still don’t really know who runs SHIELD. In the Avengers Nick Fury is out ranked by people behind TV screen using Skype. They have the power to launch nukes and seem to pull the strings behind Fury.

When they first began filming Natalie Portman was included in the movie as Jane Foster. I’m not sure if it was because Samuel L Jacksons script was stolen or she just had other commitments but she only appears in the movie in a photo. Thor doesn’t seem to bother finding her in this movie.

Gwyneth Paltro is in the movie after all

In an interview a from last year Gwyneth told fans she hadn’t been approached to be in the Avengers movie. In the recently trailer it looked like she may have a cameo but in fact she has a few scenes in the movie. It may have been due to Tony Stark being such a focal character in the final cut. We don’t see any news of War Machine in the movie.

How does it end

The final battle was very reminiscent of Transformers : Dark of the Moon. There are a few Bay type explosions. A giant metal alien much like Shockwave and a giant worm hole in the sky with an alien force coming through. You could probably splice he movies final scenes together with some success. It all ends as Ironman almost sacrifices himself to carry a nuclear weapon through the worm hole.

As soon as the wormhole shuts down all the remaining aliens just fall down dead for some unknown reason. Like I said in the spoiler free review, it’s an epic comic book movie with a lot of action mixed in with some humor and a few one liners. Joss Whedon and the team have made a huge success out of it but I’d love to see the extra hour plus of cut footage or see the original script to see what they changed.