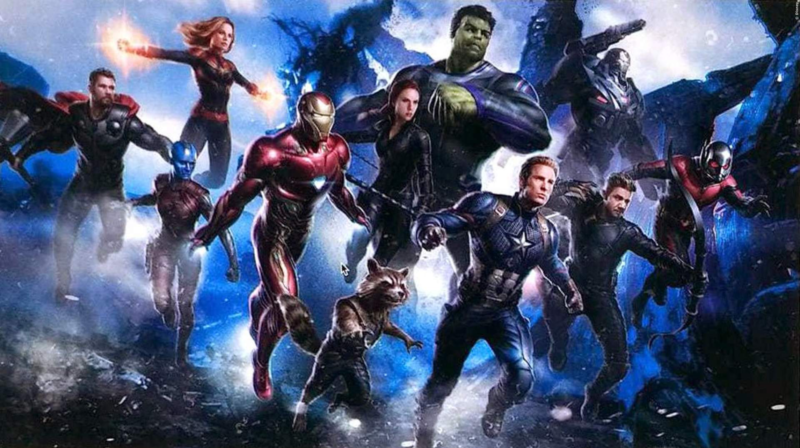 So Marvel Studios through out the biggest movie curveball in history with Infinity War, they broke the mould of comic book movies by letting the bad guy win for a change. It was a shocking move but obviously one that isn’t final as the Earths Mightiest Heroes, well those that are left still have a chance to bring it back in Infinity War part 2 due out May 2019.

Here we’re going to collect all the stuff we know about the future of Marvel movies and collect some speculation going off what we think could happen.

Firstly what we know:

Some, if not all of those who died at the end of the movie will return. This is one of the more obvious ones as we know Spider-man, Black Panther and the Guardians of the Galaxy still have movies to be released after Infinity War part 2.

Tony Stark, Ant-man and the Hulk return back to the first attack on New York from Thanos. We know this due to the leaked on set images of them on set with a younger looking Captain America. At first it wasn’t clear if this was a simulation like we saw in Civil War when Tony revisits memories of his parents or a flashback. But the fact we see them talking to Captain America and they are in their costumes and Tony is in a disguise as a SHIELD agent it looks like they do in fact time travel.

Now onto the speculation:

If they do go back in time they might be using some sort of clone or replica time gem, it’s possible Doctor Strange has gone back in time and cloned it somehow or Tony has made similar technology to copy it’s time travel capabilities.

When back in time they look to have cured Bruce Banners problem changing into the Hulk as he’s in his CGI suit. It’s been said that he will also become Smart Hulk somehow in the next movie.

When going back in time they may have warned people about how it will play out and change the future somehow. This comes from a teaser from the first Infinity War movie where we see Captain America leading the defence in Wakanda. In the first Infinity War Bruce Banner is in the Hulk Buster suit, in the teaser he is the Hulk. So we know there were two version of the battle in Wakanda but we don’t know if putting the Hulk in there was just a mistake or if this version is actually how the battle replays in the second movie

The Red Skull makes a return to Earth, there isn’t much evidence of this but he’s been trapped on a planet protecting the Soul Gem for decades, now Thanos has it, what is his purpose. Has he been released to return back to Earth.

Tony and Pepper have a child, either in the future or an alternative timeline – In an interview with Gwyneth Paltrow in Titan Publishing’s official Infinity War magazine:

She obviously starts as his dutiful assistant, and then the relationship evolves, and now this decade later they’re married and they have a child.

To fight Thanos Tony Stark decided to make his own Infinity Gauntlet, this sounds like a long shot but makes a lot of sense. We know they go back in time from the on set pictures and they also have Ant-man with them. It’s likely they travel back in time using Ant-mans Quantum Realm, we saw him almost visit here in the first Ant-man movie and know he will return here to save the original Wasp.

In Marvels the Quantum Realm is a place Ant-man can travel to where time and space are irrelevant, this means they could potentially travel through space and time to collect the gems from different points in time. One time being during the original attack in New York. 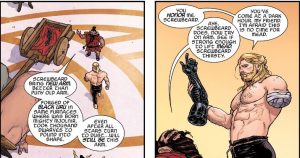