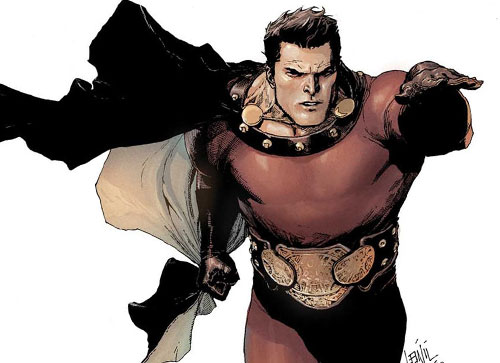 Mark Millar doesn’t need an introduction if you have found this site. But if you like him or not you cant ignore the fact he is one of the most influential comics writers of the last decade.

I’m going to try and push Nemesis out of my thoughts on this one an start Superior with a blank slate, not expecting it to be one thing or another and it’s been a real welcome surprise.

When you pick up a copy you really have to try not to flick through which is difficult in its own as Leinil Yu‘s artwork is enough to sell a comic. Even without the word bubbles Yu’s artwork is strong enough to tell the story alone.

The first few pages are again a turbo introduction to the characters, Superior is Superman like with the same kind of powers but something tells me he may play by different rules and he has a very different origin too.

If you like super hero comics but want something new take a look at Superior. He could probably be Millar’s first creator owned character to be eligible for a real on going series. Where Kick-Ass, Nemesis and Wanted just lent them selves to short runs, Superior is one of those characters which you feel like you already know but still has a lot to give the comic reading audience.

If you like super heroes with a new twist, stories with magic wishes and mystical space monkeys Superior is a total no brainer buy.

With Nemesis coming to an end soon and Kick Ass Balls to the wall starting next week I hope Millar does decide to keep writing Superior as it could have the potential to be a real comic legend in 70 years. 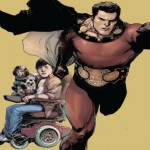 Back with two issues in the same month after an eight month delay. Well worth the wait Superior continues to kick ass in issue 5 and 6 out now.