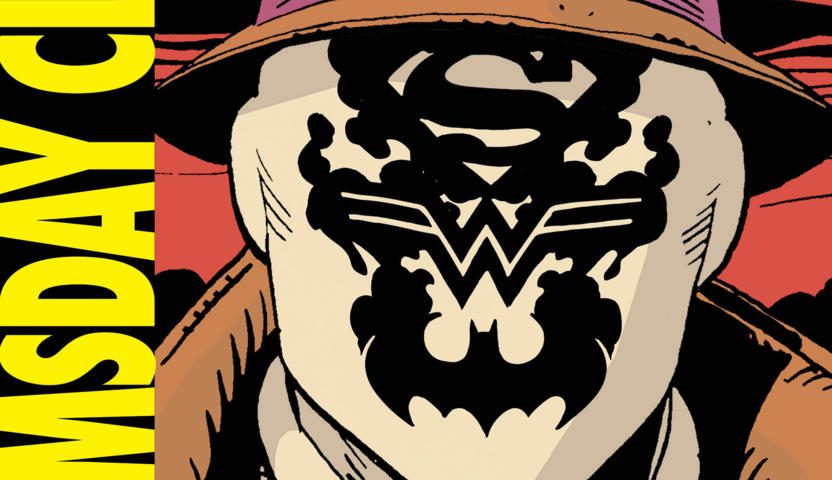 "A long overdue sequel to one of the greatest Graphic Novels"

I’ve got vert fond memories of Alan Moore’s Watchmen, it’s probably my most read graphic novel as I’ve had a copy for years and like to re read it every now and again to remind myself of how cool comics can be. It had everything you could want in a book. It had the perfect balance of realism and fantasy wrapped in a politically charged dark world which had hints of hope within it’s pages.

We saw DC create prequels to the Watchmen a few years ago with their Before Watchmen series which came at a great time as they followed on from the movie hype but unfortunately they didn’t have the backing from Alan Moore and it put a lot of fans off. Since then DC has brought hack some of it’s classics such as Frank Millers Dark Knight franchise and although Miller didn’t have a great deal of input in the series it did have his name on the book and had his blessing which made it feel a lot more like part of the original series.

Doomsday Clock hasn’t got Alan Moore’s blessing and I’m sure a lot of fans much like myself will ask does Watchmen need a sequel? I’m not expecting this to live up to the original but it looks like DC have approached it in the best possible way by bringing a great creative team behind it. If you’re offended by DC making a sequel to Watchmen, just don’t read it.

Personally I love the back story behind this one. DC have been teasing it for months with their tie in stories like The Button and The Oz Effect in which they rewrote part of Supermans history and brought his long deceased father Jor-El back to life by writing in a last minute save from Kryptons destruction.

The Doomsday clock is a 12 part series taking off shortly after the events of Watchmen and the first issue sets the story up well by playing catch-up on where we left off. So far we’ve met Rorschach, although the original Rorschach was evaporated by Doctor Manhattan in Watchmen this one seems to be more of a copy cat. He’s not the original Rorschach but wares his clothes and seems to have roughly the same tolerance for crime.

I think the decision of not bringing the original Rorschach back must have been a hard one, it would have been easy for him to just reappear in the main DC Universe after his demise in some sort of gift from Doctor Manhattan of a second chance. I’m not sure if I’ll care about this doppelganger in the story unless they give him some equally dark back story.

For ages every DC fan thought Oz in the DC Rebirth stories was Ozymandias as it made perfect sense but that seemed to be too easy so they wrote him in as Jor-El someone nobody would have guessed. This gives DC a chance to write Ozymandias back into Doomsday Clock and so far he seems to be leading the story in the Watchmen universe so far.

Overall I think this series will go down really well. They have approached it well by dangling it in front of fans of Batman and Superman comics for months making them unable to miss what happens in this series. If it wasn’t for the major tie in with Superman and Action Comics I’d have probably given Doomsday Clock a miss but by bringing Jor-El back I’m loving it before it’s even started.

As long as DC can keep the Doomsday Clock story pretty self contained without it needing to cross over to loads of other titles making fans need to cross buy loads more comics each month I think this could be a big hit and one of DC comics biggest comics of 2018 after the release of Action Comics #1000 which I think is due out in February 2018. With an award winning team of writer Geoff Johns, artist Gary Frank and colorist Brad Anderson behind the series it’s one not to be missed.