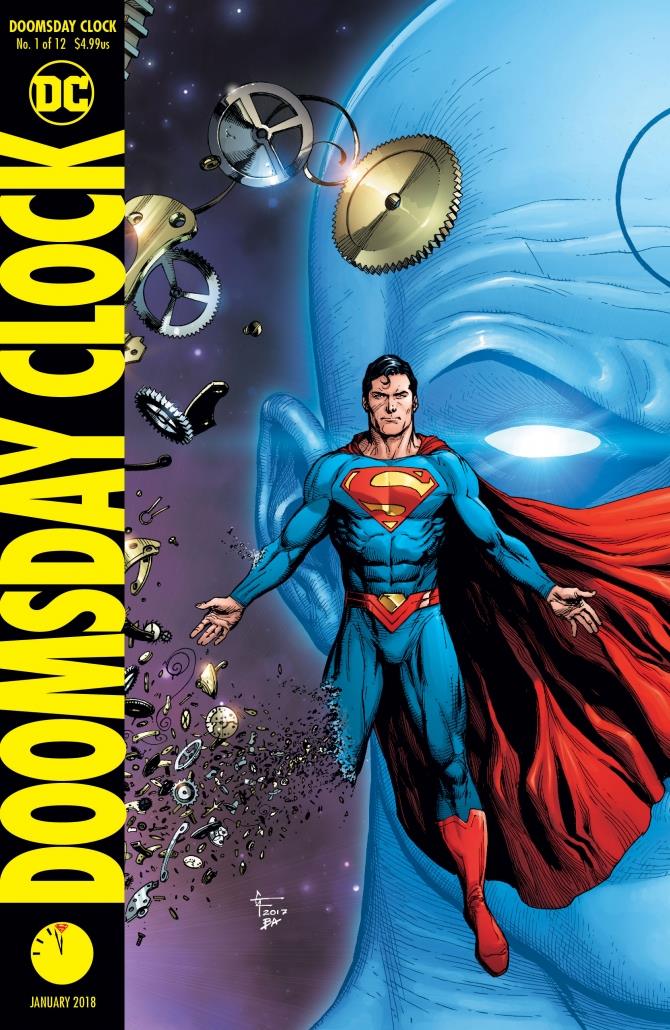 It’s no secret that movies are leading the comic book industry at the moment. Even publishers like DC and Marvel struggle to make money from some comic runs. So it’s no surprise that DC want to return to Watchmen which was one of their best movies, the only problem with it at the time was that it was self contained and had no room for a sequel going off the original material.

DC tried to expand the universe with some stand alone mini series focusing on the individual characters but they didn’t sell too well, it might be due to the fact Alan Moore the original writer hated that DC continued the story without him, he was very vocal about his opinions at the time.

Now DC have had a great run with DC Rebirth which has even rebooted some of it’s biggest titles and shaken up the universe a whole with subtle hints at a Watchmen cross over.

Thanks to this preview of the upcoming series Doomsday Clock we have the first confirmation that it’s a direct sequel taking place after the first Watchmen.

The series is written by Geoff Johns which is a good movie but I really wish they had managed to patch things up with Alan Moore somehow and asked him to writer or at least work on the story somehow much like Frank Miller had a hand in Dark Knight III. I think this would have been a good way to keeps the original fans and stop this being a totally different type of book. The original was successful because it had meaning and was self contained. If this one is written just to sell more comics or spawn a new movie I think it might not do too well.

The art looks like it’s based on Dave Gibbons artwork, but with this being a Superman story too they have Gary Frank working on the illustrations. Gary has worked on a few big Superman stories in recent years and looks like a good match for the project.

Issue 1 will be on shelves 22nd November 2017 and I expect this to be a sell out issue.

Read the preview below. 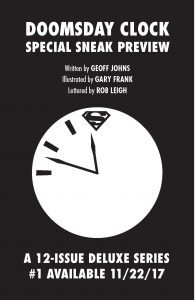 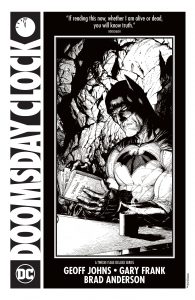 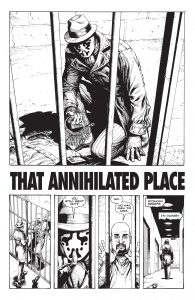 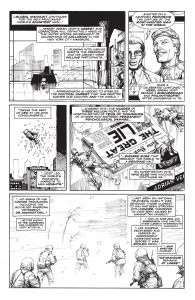 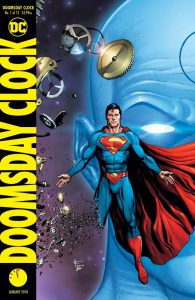