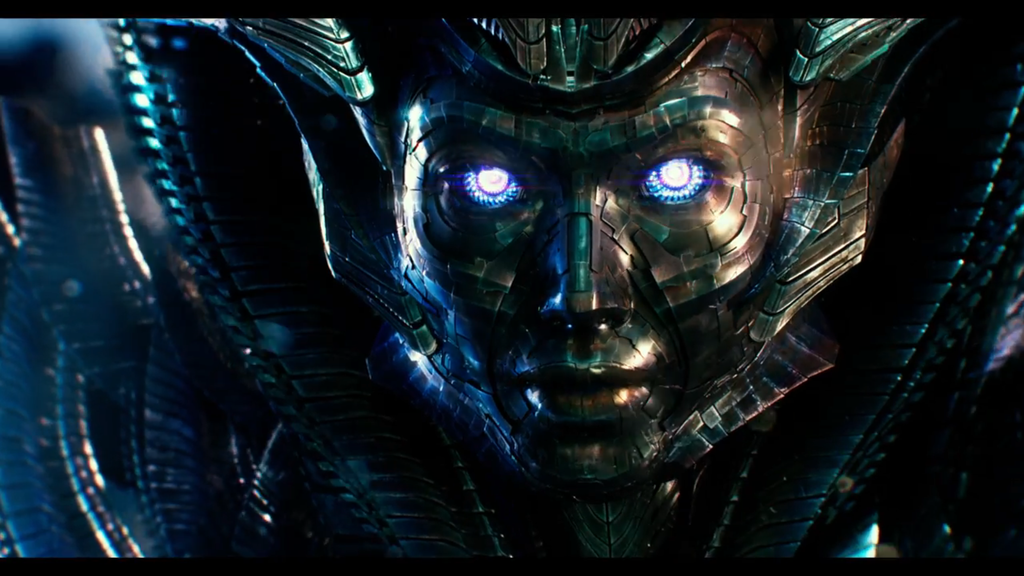 "Great special effects but such a bad story, probably worse than that Star Wars Christmas special"

I grew up watching Transformers cartoons and when I look back I think they had a subtle message in them, it was all about being an outsider and defending your adopted home. Sometimes it was just about a chase for energon and other times it was about kicking some Decepticon ass.

We’re onto our fifth Transformers movie from Michael Bay and I think I finally know what they are about. The movies are about showing some epic special effects and blowing some stuff up. Simple as. If you go to a Bayverse Transformers movie expecting the next Schindler’s List you’re going to be disappointed.

That being said I think this could be one of the better Transformers movies in terms of CGI. In terms of cast it’s probably the best we’ve seen too. Story wise I think this movie was a bit of a let down. Being a fan of Transformers for a good 30+ years I feel very let down by the use of some of the coolest characters in Transformers mythology.

Hotrod: When they released the initial pictures of him there were a lot of fan rumours heading round, some saying he would take over leadership of the Autobots and Prime would die, others thought Optimus Prime and Bumblebee might merge somehow and form a new Autobot leader. Both these pretty well grounded fan theories would have been acceptable. The fact one of the coolest characters in the cartoons was used to just kidnap someone and then just ran about in the background. He also had a French accept which wasn’t explained, other than the flames he couldn’t have been further from the original Hotrod.

Unicron: This something fans have wanted to see in the movies from day one. He was teased in the first teaser trailer and looked amazing, it did it’s job of teasing fans but then in the movie it turns out Unicron is actually Earth and he’s been hiding under the surface all along without anyone noticing. Not sure how this works out as the Earth is billions of years old, also how did they lose a planet.

It would have made a lot more sense if the giant metal planet moving through space was Unicron instead of it being Cybertron, yes the Cybertron which was destroyed in the Dark of the Moon movie. So they have not only gone back on the whole destruction of Cybertron but also ruined Unicron so we can never see him in the movies without the destruction of Earth.

I normally look for the bright side and even gave the Fantastic Four movie a good review for effort. But I find it hard to give the story behind this movie any credit at all. Everything about this movie was excellent apart from the terrible story which looked to have no effort at all. I’m sorry to say that and I know it’s not Michael Bays fault as he just directs it. But I wish they would have asked fans of the show or at least used writers who had watched the Transformers cartoon or at least an episode. It doesn’t have to be based on the cartoons, but just along the same lines and not ruin it’s best characters. Considering the conflicts and inconsistencies I’d be surprised if the writers had even seen one of the other Transformers movies. I’m sorry to complain but the story just really annoyed me, the fact a 35 year old children’s cartoon was written better than a multi million dollar movie astounds me.

Apart from the story the movie did have some good bits, like I mentioned the cast was great, Mark Wahlberg is great at working with CGI characters like Ted and Bumblebee he really makes you believe he’s talking to a giant robot and I think it must be a had job to do day in day out while you’re filming for months. Bringing in legendary actor Anthony Hopkins really brings in credibility to the movie. He’s a great story teller to setup the movie and explain bits, much like he did in Thor.

The introductions of Quintessons or at least Quintessa was interesting. Maybe this is something they should have introduced in earlier movies as they make for a more universal enemy instead of just a new incarnation of Megatron.

Overall I think this movie could have been a lot better with just a few changes to the story, it could have setup a whole new story arc in the movies but due to the approach I think it’s done a lot of damage to the Transfomers movie franchise, it’s the first movie I’ve walked away from where I didn’t want to buy at least one of the toys, that being said the best new robots were probably the new combiners but I don’t think they have made toys for those.

There are bits of the Transformers movies which are done really well, like the CGI and some of the character designs but I’m not sure if it’s time for a reboot because CGI can’t carry a movie on it’s own.

Since watching the movie I’ve put some thought into why the movie turned out like it did and usually when things like this happen it’s because they started with a script, then had to change it numerous times for some reason, another example of this might be Batman Vs Superman which compared to Transformers The Last Knight is now to be considered a masterpiece. BvS looked like it was two or three movies hacked together, nobody in their right mind would writer a movie like this.

One theory I have is that they originally planned on making something closer to the original Animated Transformers movie, but for some reason they had to rewrite the script to take characters like Unicron out, this isn’t too unrealistic as the movie is made to sell toys and if Hasbro couldn’t produce a good Unicron toy they might have taken him out to try and save him for the next movie. But that might just be me trying to find a little reason in a movie full of chaos. All in all I’d recommend not seeing this movie at the cinema, wait until it’s on Netflix, then watch Daredevil or Voltron or something, just not this – never watch this movie.