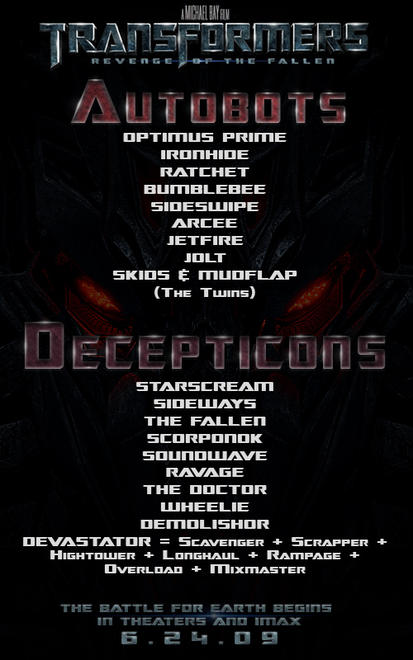 Paramount Pictures has released a full list of the Transformers which will appear in Revenge of the Fallen. The list  contains many of the characters from the first film along with a few new Transformers to stir things up a little.

One thing to point out might be the list has forgotten Megatron the leader of the Decepticons and a pretty important character. This may just be in conjunction to sit with rumors that he would not appear in the sequel.

The "official" list also seems to place Demolisher as not being part of Devastator which makes me think this list may not be as reliable as you might suspect regarding its source.