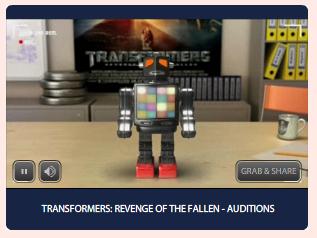 Paramount Pictures UK has released a series of Transformers auditions to help rpomote the soon to be released  Revenge of the Fallen which wil be the hugly antisipated sequel to the smash hit Transfomers movie we had not long ago staring Megan fox and a Camaro called Bumblebee.

Below you will find the short clips which are proof that everyone is finding the ressesion hard to deal with even the coffee machine cant find a job.

If you think these are funny remember to check out the Super Deformed Transformers Flash movie.

Or go on to see the Transformers Auditions