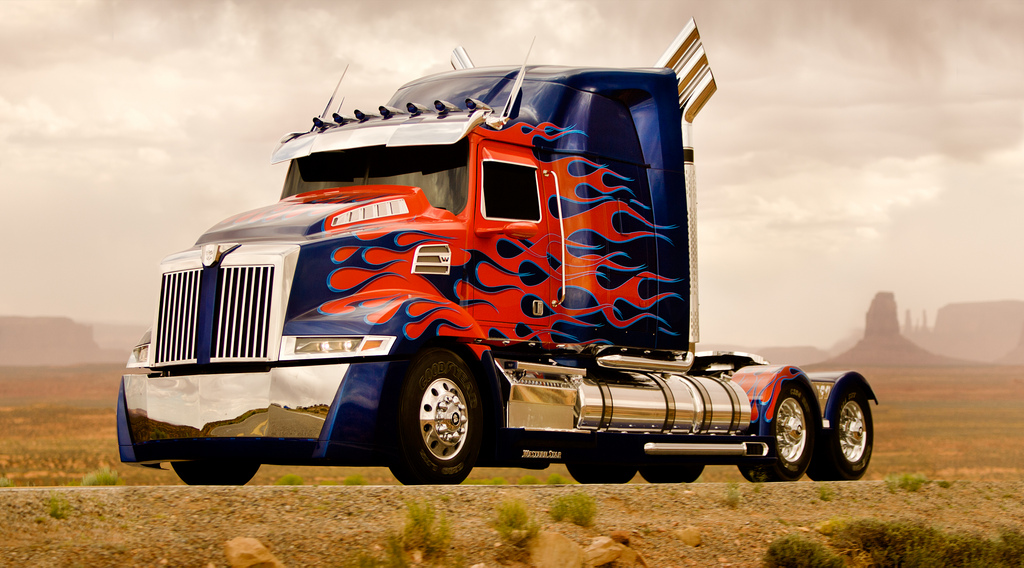 With Transformers 4 being filmed at the moment there have been a few pictures of the new look Transformers circulating around.

The new movie will be the start of a whole new trilogy and feature a whole new redesign of Optimus Prime and the other Autobots partly due to the deal with GM motors becoming too expensive and also to sell more awesome toys.

The new look Optimus Prime is a custom built Western Star Truck with the signature flames.

So far no Decepticons have been seen on set which leads to speculation that they might be mainly CGI alien ships. It’s also interesting to see so far only four Autobots have been spotted.

To find out whats going on with the rest of the Transformers we will have to wait for the 2014 release date.