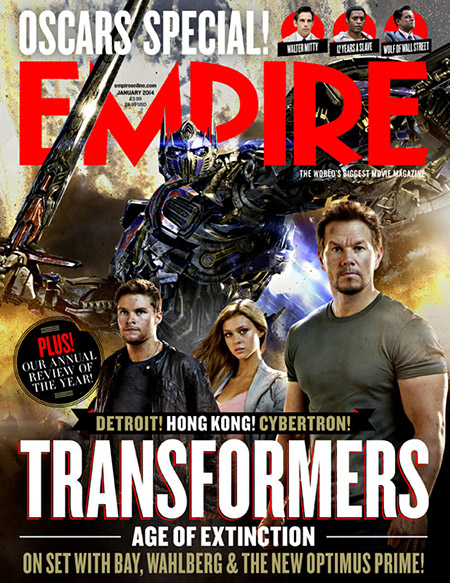 Thanks to an Empire Magazine exclusive cover we have the first look at the Transformers 4 new look Optimus Prime as he will look in the movie.

A few weeks ago we got our first looks at one of the leaked toy images which didn’t impress a lot of Transformers fans but it was only one of the toys.

Looking at the Age of Extinction Prime I can’t help but think they have taken some inspiration from films like Pacific Rim, a movie Michael Bay said he would have loved to direct himself. Prime from the movie looks awesome in CGI and I can’t wait to see what the Dinobots will look like.

The Decepticons have also been kept very quiet and I’m expecting some big fight scenes and some epic evil looking robots from this movie. Overall the people behind it seem to be taking their time and doing things right for this trilogy. The cast is a lot better and the story looks to be more solid and be exactly what Transformers fans all over the world wanted from the previous three movies.