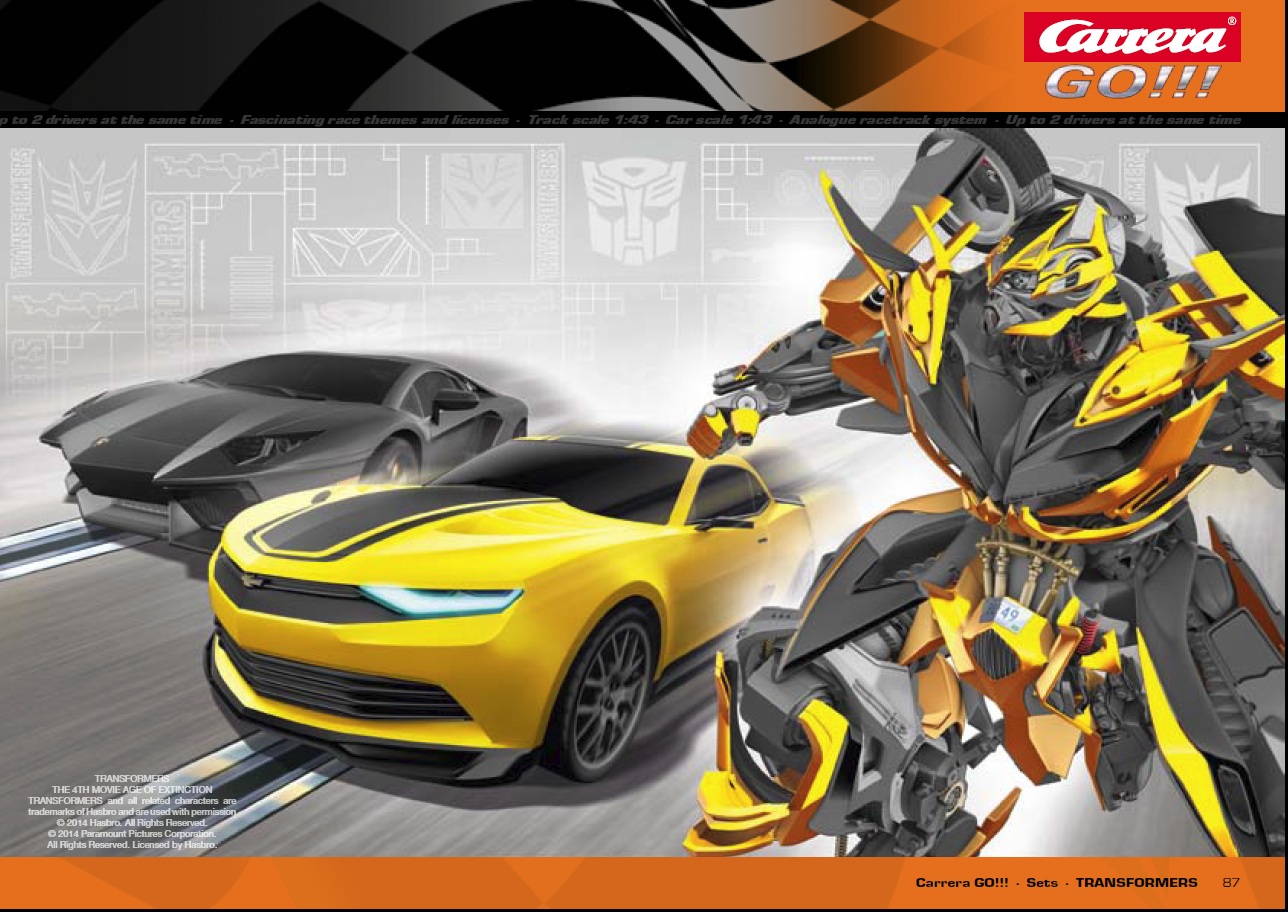 For Transformers 4 Age of Extinction the team behind designing the bots have totally re developed the robot modes of the Autobots in previous movies.

With the new look Bumblebee it looks like they kept all the best bits from the old design and added some cool sharp edges to the design. From looking at the design they kept the transformation pretty much the same which works well since it’s just the 2014 Chevrolet Concept Camaro.

The image came from the boxart of a slot car game which will be released later this year. Along with Bumblebee the box has a picture of a black Lamborghini which is named Lockdown. This could be seen as confirmation of the Stuntacons being part of this movie but we will need to wait to see if Menasor will make an appearence.

The movie will released later this year and so far it looks awesome.