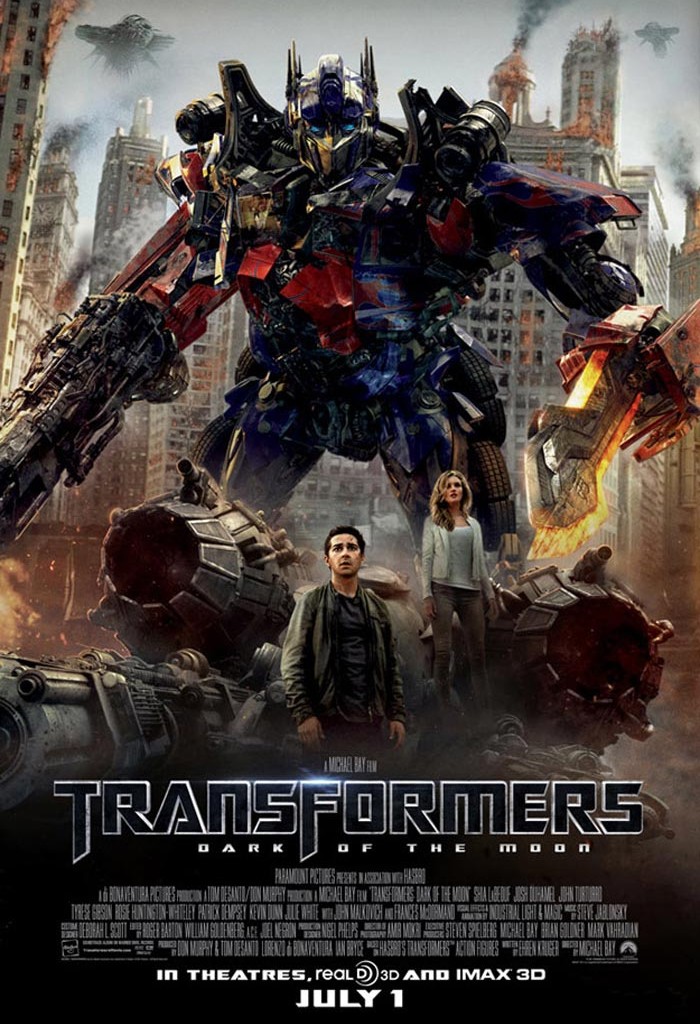 It’s been one of the strongest music to film relationships in the business. Linken Park have tied in there single and tour around Transformers release dates.

Transformers Dark of the Moon will be the last of Michael Bays trilogy and the latest news is that it will premiere in Moscow on the 23rd of June.

Linken Park will be doing a free concert in Russia to kick off the premiere. If you’re interested in going you will need to be able to make it to Vasilyevsky Spusk of the Red Square in Moscow on the 23rd. Tickets are free but you will need to register on Linkin Park’s site for the gig beforehand.

If you are wondering why the first place to see the movie will be Russia it’s probably to tie into the whole space race back story to the movie and also Russia was apparently used in early footage to shoot the movie.

Personally I’m going to see it soon as possible as it looks amazing even with Rosie Huntington-Whiteley as Megan Fox’s Replacement. Megan will always be my number one robot fan chick.