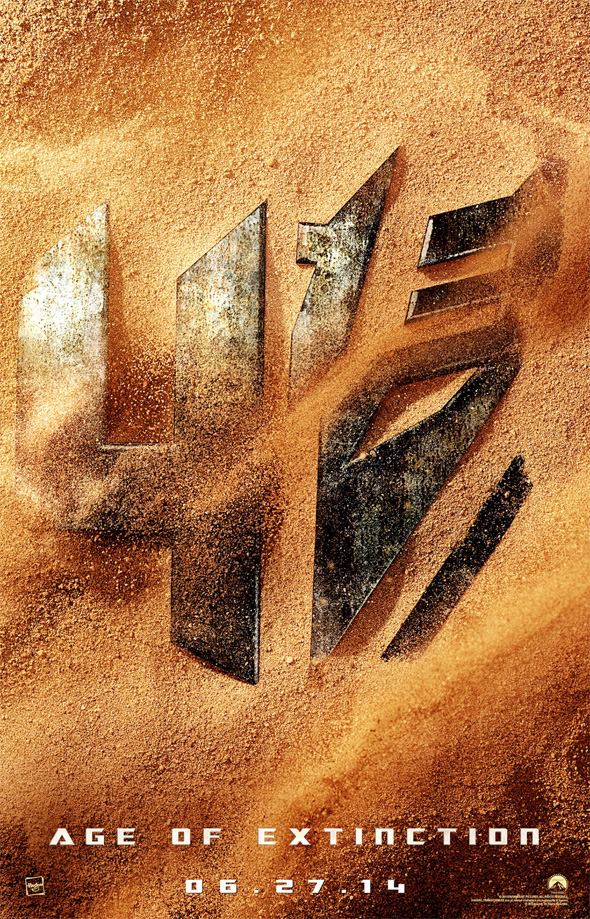 Thanks to Yahoo movies we have the first 2014 Transformers movie poster and title. Transformers: Age of Extinction so far looks like it will be mainly focused on the Dinobots and going far back in time. Far before the war for Cybertron and possibly before Decepticons and Autobots.

For all the first generation Transformers fans it’s great news especially as we may get another veteran voice actor with Gregg Berger who voiced Grimlock, Skyfire and Disneys Eeyore. So far he hasn’t confirmed to be attached to the movie but after being asked many times he hasn’t denied it. If he has been cast as Grimlock he will also join the original voice actor of Optimus Prime’ Peter Cullen who has also voiced Eeyore over the years.

Transformers 4 will be released July 2014 and looks to be the first in another trilogy,