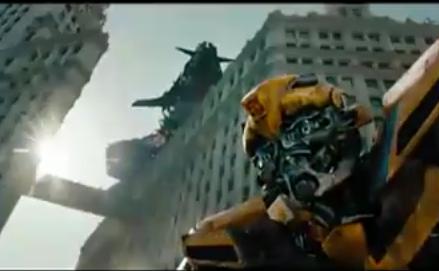 Oh it’s been a great week for comic book movies. We’ve has a few weeks of new pictures in an almost competitive series of costume and behind the scenes pictures from the first picture of Spider-man to a very rough picture of the X-Men.

One movie which has tried to escape a lot of coverage recently has been the pinnacle of Michael Bays Transformers career The Dark of the Moon. It’s already been said that they need to make up for the Revenge of the Fallen which to be honest wasn’t too bad but compared to the first movie it didn’t improve on much.

Bay said that in the third movie things were going to get big but going off this new trailer. The Super Bowl Transformers TV Spot is full of tiny detail showing how big the special effects have gotten.

It looks like Bay may have also gone back on one thing he said when the first movie came out which was that Transformers didn’t need space ships to travel. In Dark of the Moon each of the trailers has shown a spaceship.

The first TV Spot didn’t give half as much as this one does in it’s 30 seconds of giant robot awesomeness.