Michael Bay scouting for TF3 and helping people in Haiti 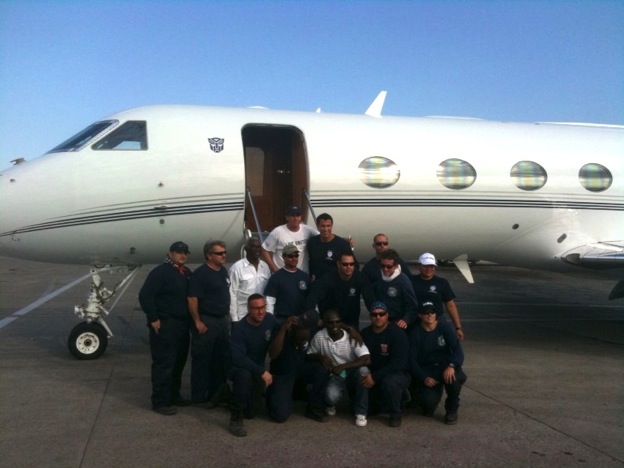 Transformers one and two were two pretty awesome movies, the first started with some huge awesome robots, the second had even bigger awesome robots and more explosions but what’s the third instalment got for us.

Starting with some news from Michael Bays official site this week. The Transformers director has been busy scouting for places to shoot Transformers 3. It’s hard to believe he even sleeps when he manages to fit so much in.

When he’s not filming he has started flying in desperately needed surgeons into the recently devastated Haiti. (check out the Autobot logo on his jet)

I ended my scout down in Miami this weekend to load my plane with 14 Florida Surgeons, specialists in various fields and flew them down to Haiti. We then returned with a planeload of a team of exhausted Miami Fire rescue.

As for Transformers 3 news we have a few minor insights in what could be going on. From an earlier post on his site.

“There will be a nice crescendo ending,” Bay said. “It gets much more into the robot character. The last time you kind of met a few of the robots; this time you’re gonna get a much cooler landscape.”

Like I said before, we had huge robots, even bigger robots and an cool “landscape” to a Transformers fan like my self makes me think Unicron or a return to Cybertron for the third movie, its all fan hope and speculation but you have to admit it would be hard to add more bots than Revenge of the Fallen, the only way to bring the wow factor is more gigantic bots.