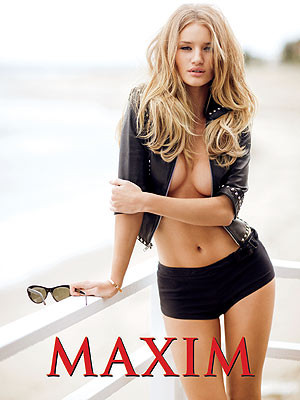 Ever since it was announced that Rosie Huntington-Whiteley would be Megan Fox’s Replacement in the new Transformers movie it divided fans and put a whole spin on the movie.

Fans had already warmed to Megan Fox and she was clearly a fan/geek favourite and perfect for the role. It was very clear Rosie would have huge shoes to fill especially having never acted before and being such a different personality to Megan.

Well it looks like Rosie Huntington-Whiteley may have come out on top, well in Maxims eyes anyway. The Magazine has crowned Rosie as the Worlds hottest female. She’s won the first place position and knocked Megan Fox down to position 17.

Other Top Geek Chicks have also been included.