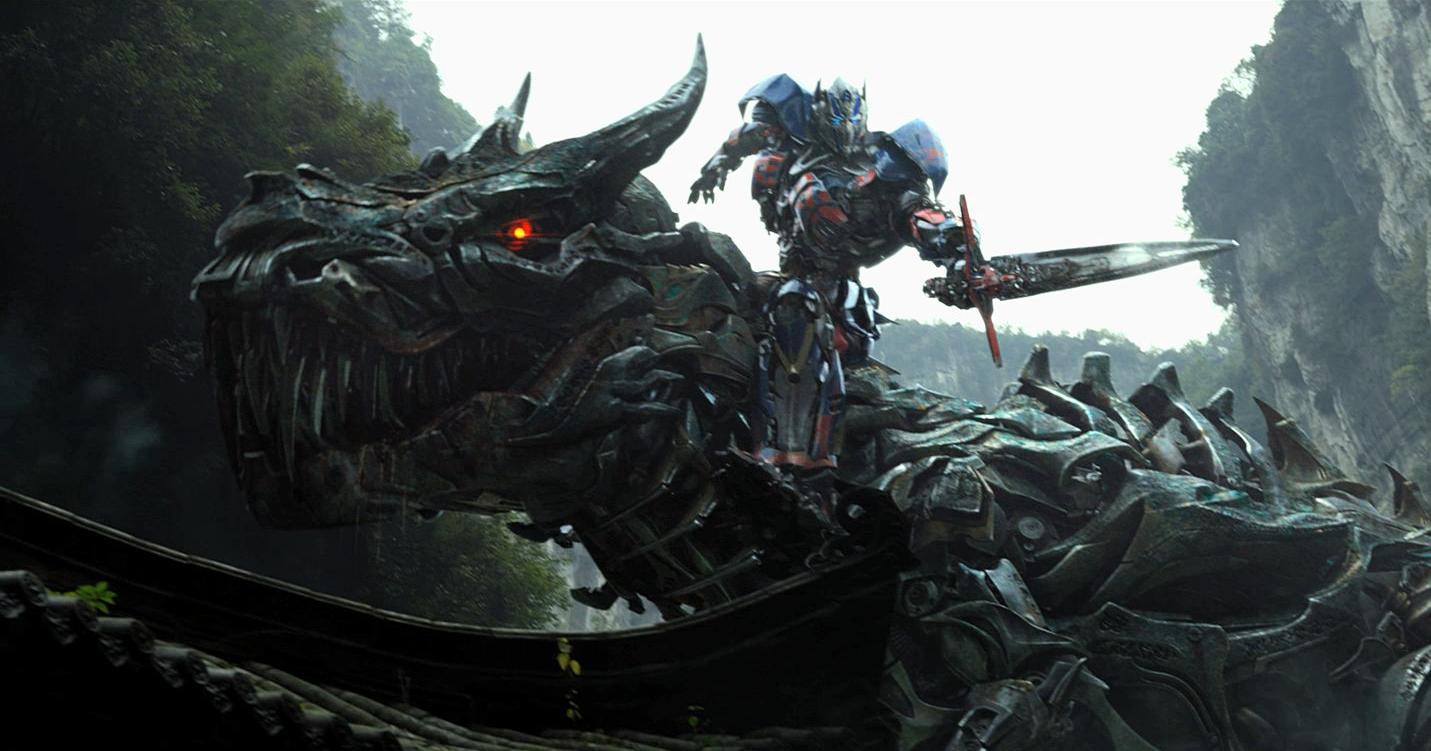 The next Transformers movie is the start of a whole new trillogy and from the latest trailer it looks to have improved the whole look and feel of the Transformers.

With a new trillogy it looks like Michael Bay has learned from the previous movies and gone all out on this one. It’s got a better human cast, more organic looking robots and hasn’t held back when it comes to robot designs.

We can speculate about the story all we want but when you take Optimus Prime the most heroic robot of all time (after Leader One) and put him on the back of a giant robot T-rex you can have confidence that the movie will sell tickets on that alone.

The new movie has divided Transformers fans with some still wanting a G1 style movie and others happy to see new types of robots in the movies. The trailer doesnt give much away but what it does do is confirm how serious Michael Bay is about making up for the last two movies. He’s even managed to do what Marvel failed to do with Iron Man 3 and film a large chunk of the movie in Hong Kong.

The film is due for release in June and this is just the first teaser of many to come.