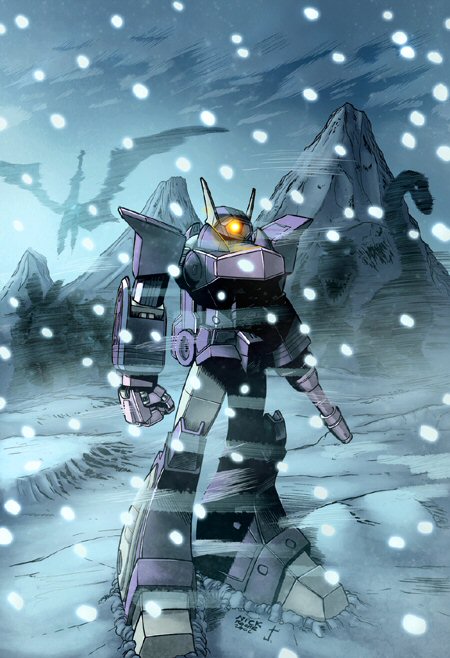 After the whole confusion with Transformers Revenge of the Fallen the makers of Transformers 3 are going back to the roots and bringing back a classic major villain from the Transformers universe. Shockwave the warlord and dictator of a ruined Cybertron will feature as the main villain in Transformers 3.

Not much is know about the new movies plot but we know Michael Bay may have been shooting the movie in Russia, Also the next movie is said to feature the U.S.S.R. and USA space race.

It ties in what we know as history growing up as kids with what really happened.

Knowing about Shockwave to be is awesome news but the space race will likely restrict a lot of the plot, I just want to see them get back to Cybertron and see some epic Unicron time in 3D.

Megatron will likely return for the third movie too for an epic battle. Also Hasbro has been focusing more on combining figures so we can probably expect some bigger combinations being featured in the movie. Other rumours are pointing to Astrotrain being featured and amazing landscapes nodding to a return to Cybertron.