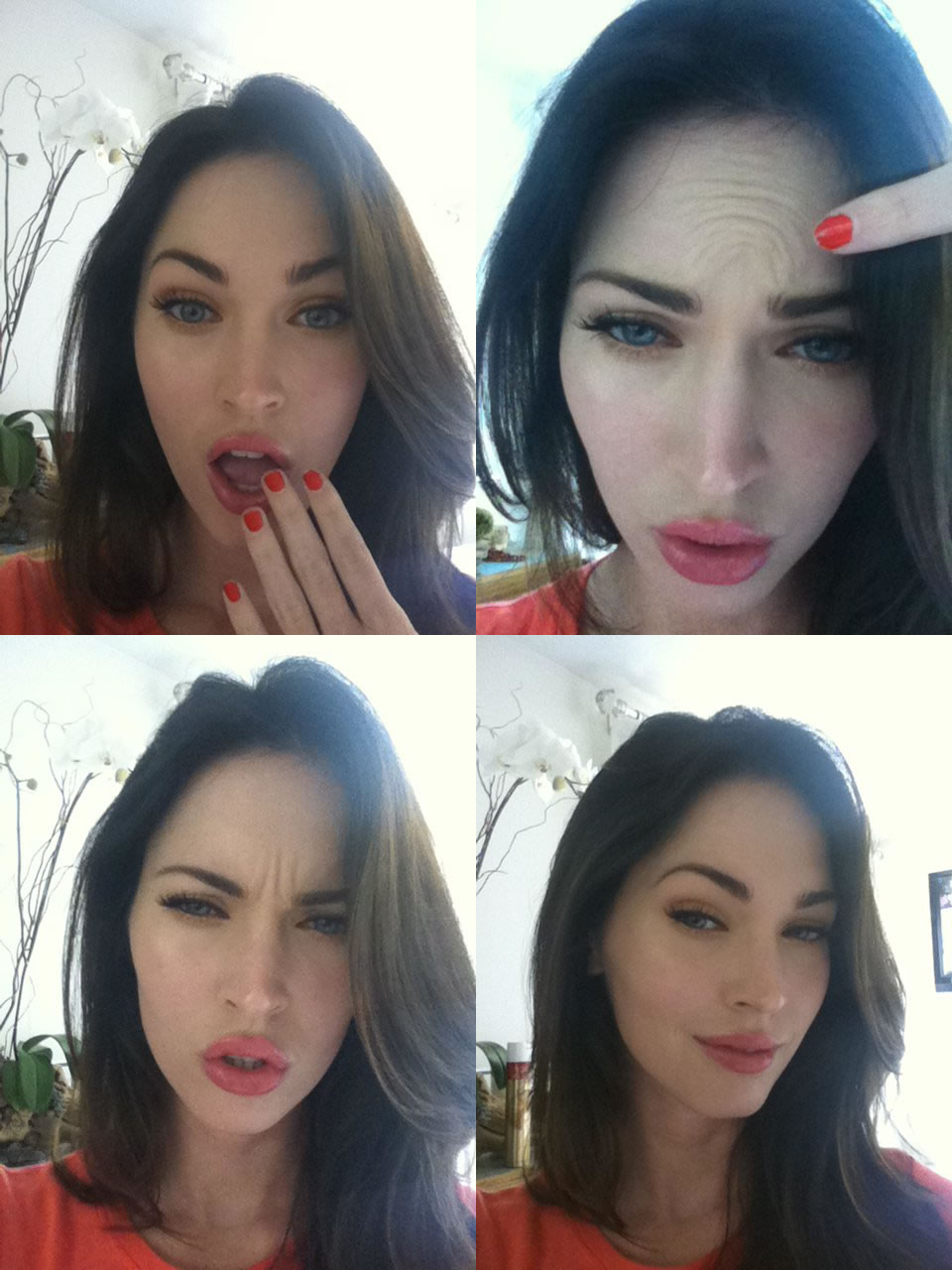 Always glad for a reason to post up pictures of Megan Fox. These have come from her Official Facebook page. Yes that’s right, something good finally came from Facebook.

Titled the “Things You Can’t Do With Your Face When You Have Botox” After just a day it’s had over 74,800 Likes and 13,878 mixed comments from fans.

The real reasons about the photo shoot still aren’t confirmed. Could it be a stab at Rosie Huntington-Whiteley who does look like she may have dabbled with botox. There were also rumours that Megan Fox herself may have had botox after Jonah Hex to try and change her face so nobody recognised her after making that film. Jonah Hex – The movie even Megan Fox in a corset couldn’t save was her last big movie after being replaced in Transformers 3.

Most likely it’s a publicity campaign for Acqua from Giorgio Armani which is plastered all over Megan Fox’s profile. That kind of advertising in conventional ways would cost billions on Facebook and wouldn’t have half as good an impact.