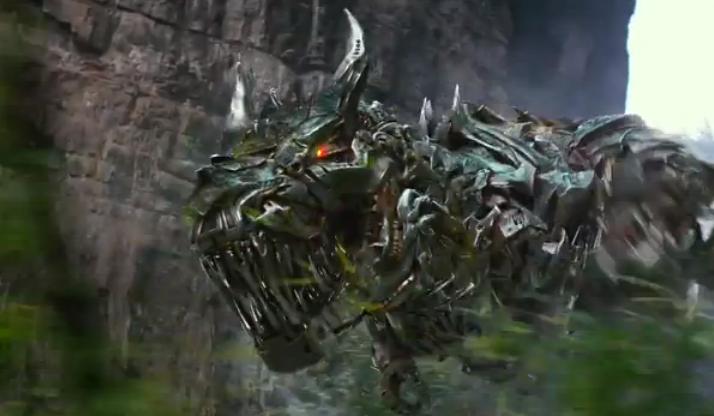 The latest trailer for Age of Extinction the next Transformers movie shows us Michael Bay has learned a lot from the first movies and is all about delivering what fans want.

Age of Extinction is the first in a new trillogy and is as close to that reboot line as they could go. It’s got a whole new improved human cast along with a G1 style Optimus Prime taking the truck mode back to the flat nosed version.

This movie is set just four years after the third movie but looking at the trailer it looks like a lot has happened since they leveled Chicago.

Overall this movie is going to be a toy selling machine. they have brought in the Dinobots which all look amazing and you tie that into a G1 style Optimus Prime that old school fans can get on board with and you have a toy line aimed at anyone between 3 and 40.