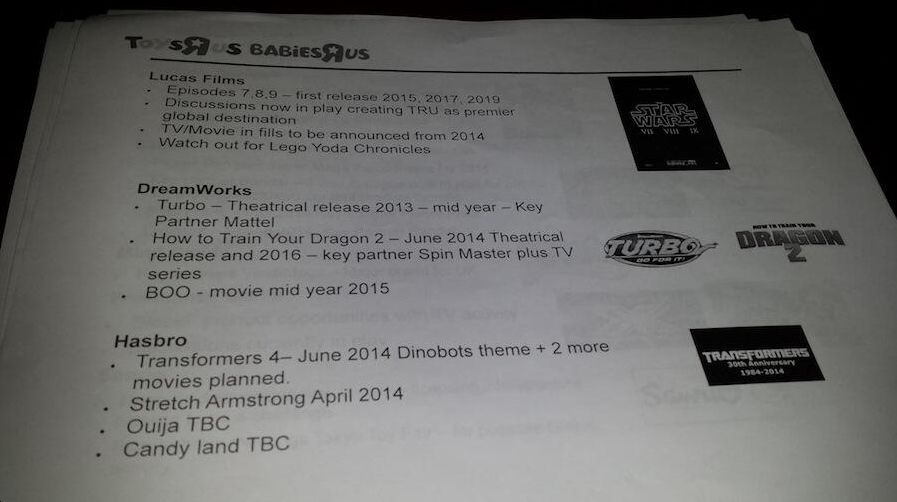 After many years of saying he won’t be using the Dinobots in a Transformers movie it looks like Michael Bay may have changed his mind.

For Generation 1 Transformers fans the Dinobots were always a big part of the cartoon and it felt like something was missing from the other Transformers movies apart from acting abaility. Now we know atleast Grimlock and one or two other Dinobots will be making a movie apperence.

The news comes from a leaked Toys R Us toy schedule which says the next movie will be Transformers themed and will have two movie movie sequels planned. The same document shows release dates for Star Wars episode s 7,8 and 9 but has no dates for the other Transformers movies.

It’s great news so far we just have to hope they can get back voice actor Gregg Berger to return as Grimlock who unrelatedly was also the voide of Eeyore.