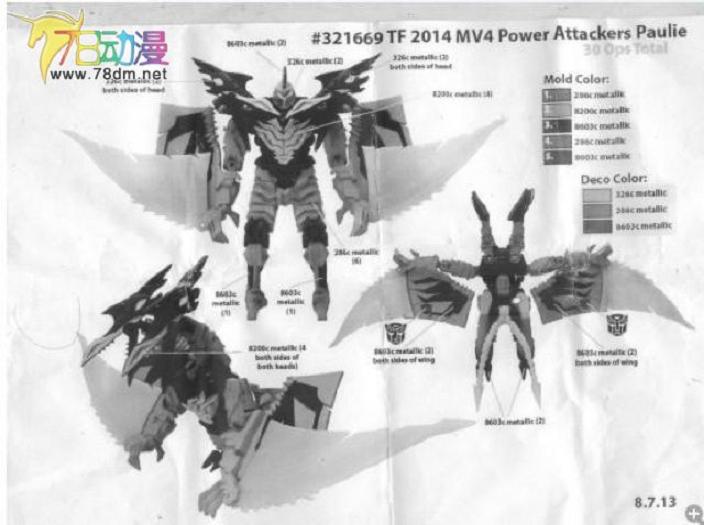 This is the first picture of one of the new look Dinobots from Transformers 4 : Age of Extinction. The picture is of a prototype toy called Paulie which will probably be a code name for the figure.

So far we have seen rough pictures of possible Grimlock designs and this is the first confirmation we have had that they will have more than one Dinobot. This one look like Swoop.

It’s good to see they have gone for totally robot designs for the Dinobots instead of using the Beast Wars type robot which had skin and fur to look like an animal.

From look at the picture it doesn’t look like it would combine with other Dinobots which would have been an epic feature but we won’t know for sure until we see all the toys.

With the smaller figures it’s hard to say what the finished movie version will look like as the Transformers 4 movie Optimus Prime looked a lot better than the initial toy we saw a few weeks ago.