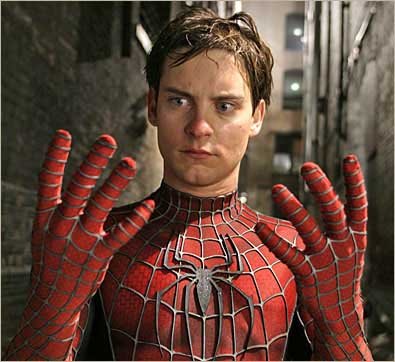 Spiderman 4 is set for a 2011 release and is rumoured to boast the original cast. If all goes well we could see another two following this one which will give Sam Raimi a chance to make up for the third bombshell which made Venom look like a bit of a loser.

Not much information has been revealed about the new Spiderman films, although we do know they are going to be in-production once they find the right writers. Something I have noitced recently is how Spiderman has been left out of some of Marvel’s recent ventures with no sign of him being in Superhero Squad or the new Avengers movie.