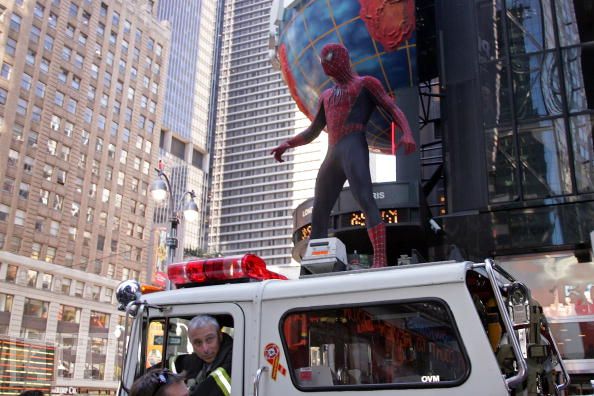 More footage of Spider-Man swinging from a truck has been leaked on the net thanks to the marvels of modern technology and camera phones.

From the few clips and on set photos we have seen so far the movie is already looking better than Sam Raimi’s Spider-man 3. The story looks tighter, the production is much more hands on and is choosing live action over CGI whenever possible.

Marc Webb promised some great things for the new movie and so far has delivered them everything promised. Spider-Mans origin is going back to the roots with a return to high school. The new cast is looking great with the new leading lady being played by Emma Stone (Zombieland) and Andrew Garfield (no relation to the cat) to play the new Web Slinger.

You can also see the officially released high res image of the new darker Spider-Man costume. Personally it could be the most anticipated Marvel movie in production at the moment.