Is Sony planning another Spider-man reboot 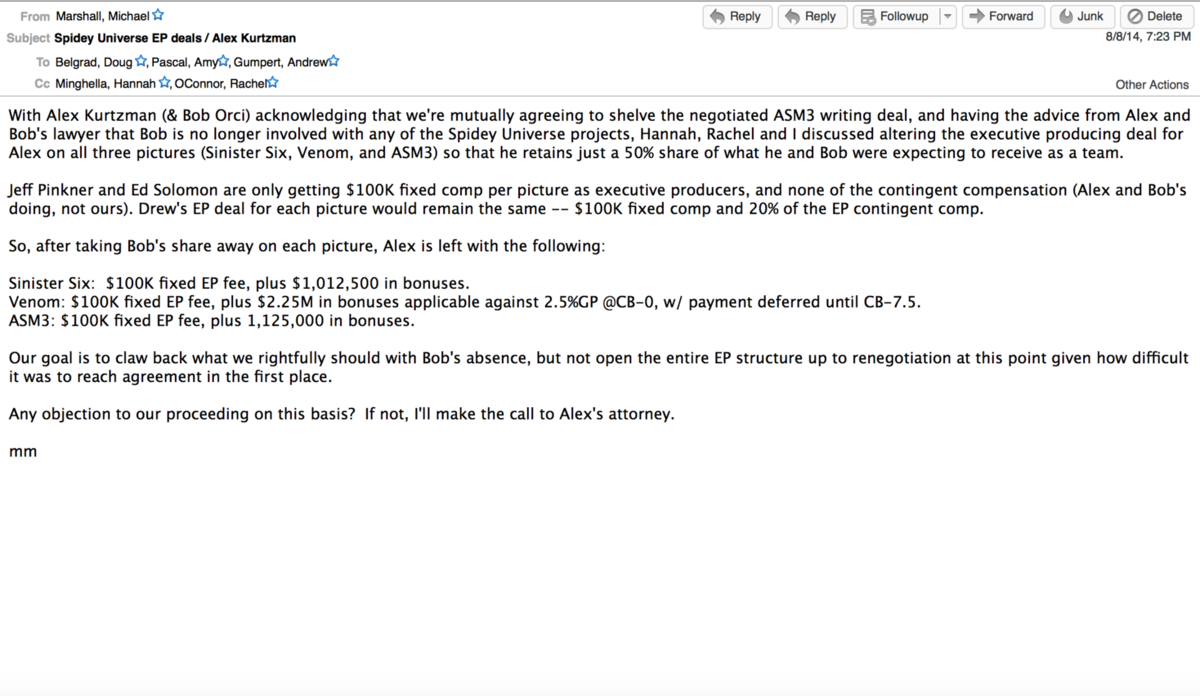 The recent Sony E-Mail hack has shown the public just how a massive company like Sony runs. It seems to be a lot of poitics and people making decisions that they shouldn’t even have a vote on.

Some of the emails discussing putting Spider-man in Captain America 3 seemed to point in the direction of Disney/Sony teaming up for spit share on costs but recasting Spider-man and all that goes with him.

Sony’s representatives didn’t seem to care much about the story or the character but more about how much money they would take from the movie. Which could be why the quality has been pretty low.

Another email said that the Sony CEO Kaz Hirai and a few other top people at Sony were dissapointed with Andrew Garfield as he canceled a corporate dinner with only an hours notice.

The emails also said that Sony wasn’t happy with the direction Spider-man was heading as the Amazing Spider-man 2 didn’t do too well at the box office so it seems personal and financial reasons are against Garfield returning.

Although the actors including Emma Stone signed up for a three movie deal it looks like Sony could have get out clauses. The leaks also showed how little Sony had moved on the spin off movies with ASM3, Venom and the Sinister Six as nothing seems to be in development for any of those movies at the moment other than the basic concept.

Overall it doesn’t look good for Amazing Spider-man fans and we may never get to know what happened to Spider-mans parents or see Andrew Garfield return.

The email hack seems to have been huge with potentiay thousands if not tens of thousands of emails leaked so we might get answers to those questions shortly.