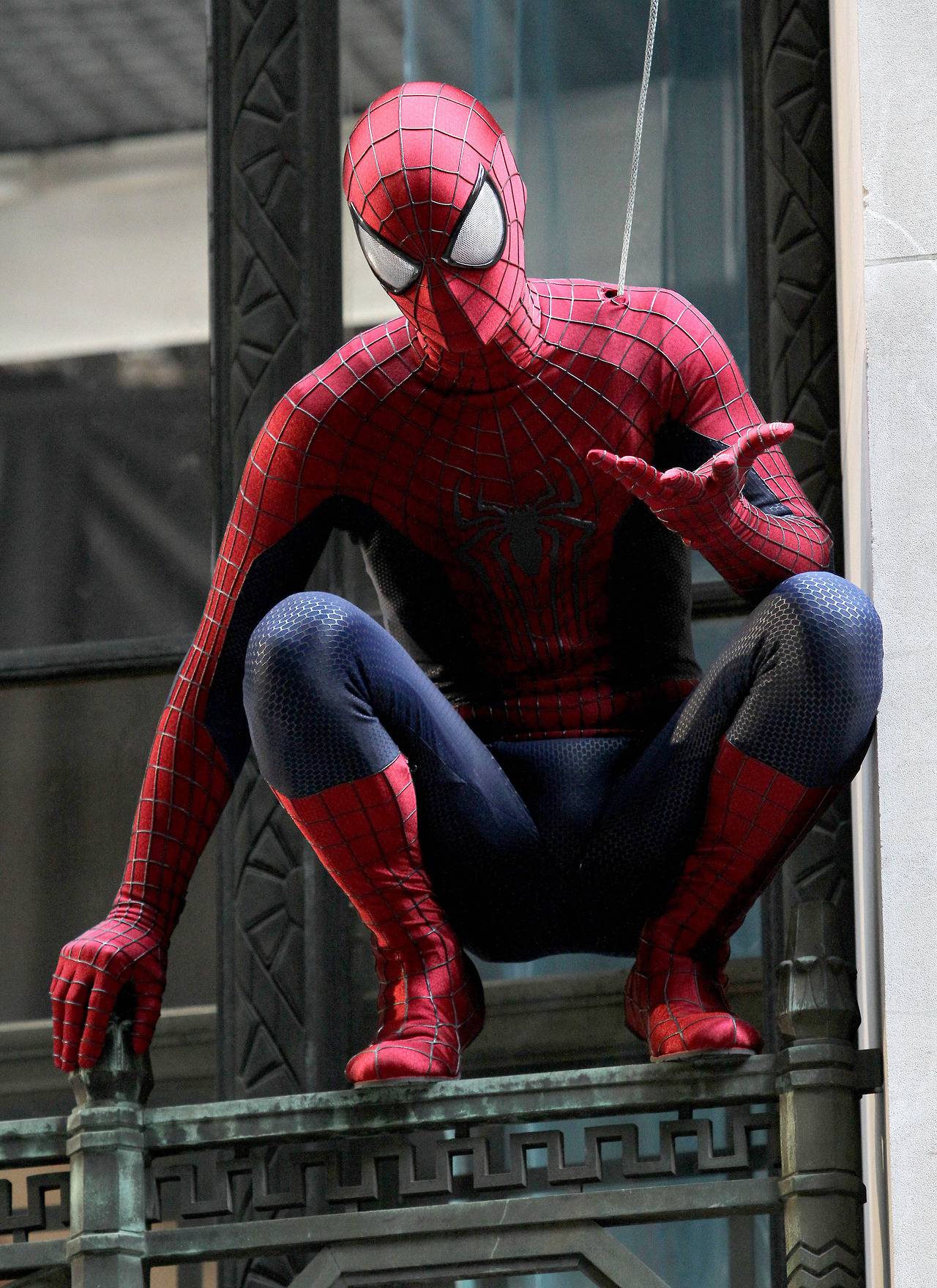 "The best thing Sony has made since the first Play Station"

2014 is turning into an amazing year for comic book movies and Sony’s offering in the Amazing Spider-man 2 really doesn’t dissapoint. Staying fairly close to years of source material and adding some new concepts it’s a movie that will have something to offer to both old school Spider-man fans and people who just know him from the movies.

The movie is a typical centerpiece to a trillogy, I wouldn’t be suprised if they go on to make six movies as rumours but for now it answers a few questions we had from the first movie and created a few more.

The main story breaks open Oscorp along with all the secrets it had. The shadowy character we met in the first movie who talked to the Lizard turns out to be Gustav Fiers. In the comics he assembles the Sinister Six and it looks like he may be doing the same in the Spider-man movies.

Jamie Foxx was the first enemy we found out about in this movie from the early on set pictures. It’s a reinvention of the chracter but really makes the film worth wastching. The way Jamie Foxx developed the character from a nobody called Max to the best 3D villain ever seen on screen. Seriously this could be the best 3D movie made so far. It’s great use of the technology with so much of the movie being made with CGI. Between Electro pulling a Dr Manhatten throughout the movie and Spider-man pulling off some very well choreographed acrobatic saves it’s well worth going to see in 3D.

Harry Osborn is introduced and is almost rushed into the whole Green Goblin transformation. I have a feeling they cut a lot of the Harry Osborn scenes from the movie as there were one or two from the original trailer which I didn’t see in the movie. With a Sinister Six movie on the way and another Spider-man I’m guessing we will see a lot more of Harry Osborn in the future.

Another bad guy we could have seen more of is The Rhino played by Paul Giamatti. I get that they are probably saving a lot of for the future movies but considering how much he appeared in the trailer we don’t see much more of him in the movie.

Emma Stone origionally signed up for three movies but any fans of the comics who know her character or have read her Wikipedia page will know what happens. It’s by far expected from early on in the movie the way her father shows up in a few scenes to remind Peter Parker he promised to stay away in the first movie. Emma Stone will probably be in the next movie in flash backs and if not the next leading lady will have big shoes to fill.

Although it would seem natural to introduce Mary Jane into the next movie we can’t forget she was originally in this movie but had all her scenes cut late in development. My guess would be that Spider-man’s next love interest will be Felicia Hardy who is introduced in this movie played by Felicity Jones. She is one of many characters they introduce in this movie including Alistair Smythe. Like I said this is a centerpiece movie to a much bigger movie franchise.

For those waiting for the X-Men Days of Future Past movie out next month you get to see a trailer before the movie and the mid credits scene is also a teaser for the next X-men movie.

It’s a competative year for comic book movies and although this doesn’t have the impact of Captain America 2 and will probably be drowned out when X-men comes out it’s still an awesome movie and well worth going to see. I’d probably compare it in a lot of ways to Iron Man 2 in the way it had potential to be totally amazing but under delivered a little in terms of trying to cram too much into a movie and rushing some parts which could have been a lot more dramatic.

I’m really looking forward to the future of the Spider-man movie franchise. There are a few spin-offs planned including a Sinister Six Movie and whole new incarnation of Venom too. At the moment it’s uncertain what’s going to come next as the whole Spider-man universe is setup for just about anything now.