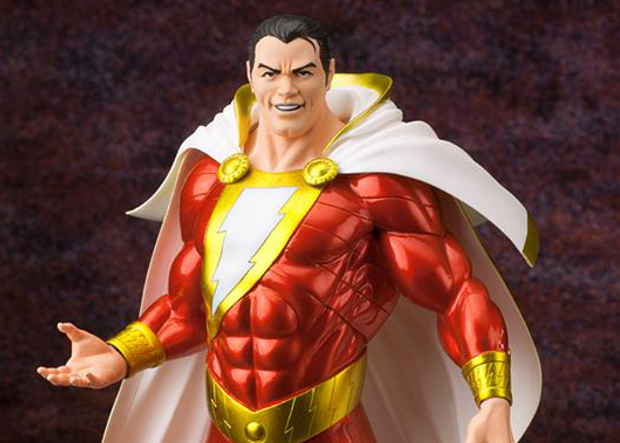 DC Comics aren’t giving up the fight on comic book movies as they start work on a whole new movie franchise based on one of their oldest comic characters Shazam.

Taking a break from the direct Justice League movie franchise Shazam will be based on a comic about old magic which gives people Superman/God like powers.

Compaired to other recent DC comics movies like The Dark Knight trillogy this will be very much a fantasy movie suitable for all ages.

The power of Shazam and more importantly Black Adam (Dwayne Johnson) go back to ancient Egyptian times so we can expect a big back story to this movie and a lot of cool special effects.

At the moment we don’t know how original the story will be or if it will be based on a comic series. DC has pointed towards a recent six issue comic series called Black Adam: The Dark Ages which could be a likley basis for this movie we can expect in 2016.

Warner Bros have debuted the Shazam trailer at this years SDCC and it looks amazing, here’s the full initial trailer at what could be one of DC/Warner Bros most spot on movies for a long time.

The release date for the Shazam the up coming DC comics movie has been confirmed for 2019 and will star Dwayne Johnson.