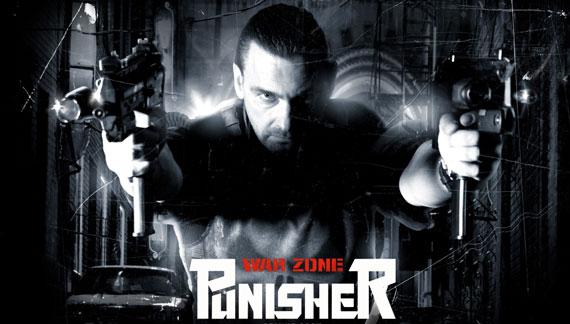 When it was announced that Disney will be buying out Marvel I was excited about what it could mean for the movies. Better special effects and the prospect of owning X-men on Disney DVD it was a good time. Then I moved on to what Disney might want to remove from the 5000 or so characters. The Punisher movies could be a casualty of war on the hand over.

When I first got hold of this one I was pretty excited. He was a great action star back in the day staring in films like He-man Masters of the Universe and now makes straight to DVD movies. But the first one turned out to be very disappointing. The film lacked a decent story, The characters were awful and the Punisher himself just seemed like a crazy suicidal fool turning down a bullet proof vest and working with the enemy. I didn’t see any of the comic Punisher in this movie and made Dolph Lundgren look like pretty poor actor which I know he isn’t.

This one was much better then the first, it wasn’t perfect but it did have some of the comic character in the role. He did have some character development in this version but parts of the film looked like it had been edited poorly as things didn’t match up too well. One cool point about this one is it has John Travolta as the Howard Saint, the main bad guy in this version. He played the mob head of the family and it was a pretty cool movie over all, maybe a few too many explosions where they could have had a but more hand to hand violence.

Wow this was much better then the previous two, It had a great story which involved development of a few key characters, a load of the hand to hand violence the previous movies missed, and also more of a reason to the Punisher’s mission. If they make another movie I hope it is a sequel to this one. The bad guys in war zone were great comic villains, The Jigsaw who is a Punisher classic character was very well done making this easily one of the best comic film’s of the year. this one also had Julie Benz from Buffy and Rambo paying a great supporting part.

Fingers crossed Disney will be making another Punisher film, I can’t imagine a Disney film with an 18 cert but it would be a great first.

Best Jack Daniels advert ever maybe the best Punisher too

This is easily the best advert for Jack Daniels ever produced thanks to a retired Punisher played by Thomas Jane.