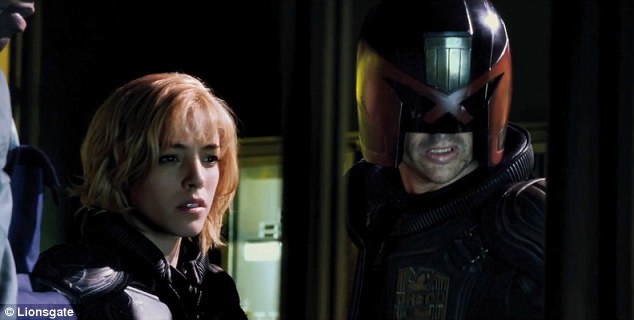 A so called leaked version of the Judge Dredd trailer has been leaked on the net and has created a lot of very positive hype for the movie. Even in the wake of the Avengers and leading up to Spiderman and The Dark Knight Rises this trailer is making people take notice of what could be one of the top movies out this year.

The new movie which was said to be a cross between Blade Runner and Die Hard really wont disappoint from seeing this preview trailer.

The CGI in the trailer really do look impeccable, it’s not the overly dark scenes or camera trickery it’s shot in 3D with some really smooth blue screen work with all the costumes and sets being loyal to the 2000AD comics.

We have seen plenty of pictures of the Judge Dredd costume but It this is the first time we see Lena Headey (Game of Thrones, Terminator TV series) as Ma-Ma in the movie and she looks amazing.

This should be the first of many Dredd trailer as the release date is set for September 2012 which should give us time to recover from Batman and bridge the gap towards Superman in 2013.

Thanks to the Daily Mail for sharing the news.