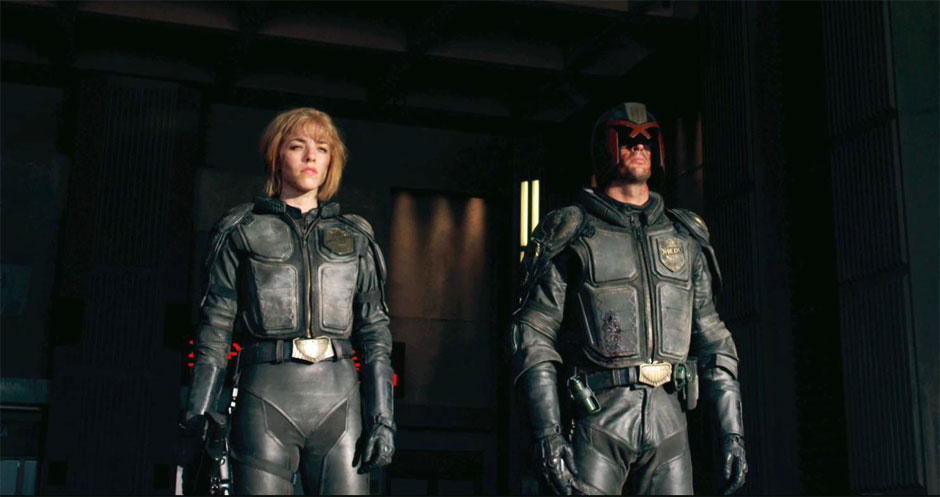 "Dredd kicks the Avengers and Batman's ass this year"

When the makers of the movie described it as a combination of Die Hard and Blade Runner I honestly thought they were crazy, no way could a movie be that epic. But I was very very wrong, It’s more like Die hard meets Game of Death, Blade Runner and the Matrix all in 3D.

Firstly I’d like to say this is the only film I have actually liked in 3D. I’ve seen most of the movies which have come out in 3D over the last two years or so and none have made the best use of the technology till Dredd. If you look at what the Matrix did for movies years ago I think Dredd will have the same effect now, directors will have to make real use out of the technology and not just use to to sell hiked up priced tickets. Dredd has totally redefined 3D movies for me and I can’t wait to see more movies like this.

Comparing it to the films like the Matrix and Blade Runner in terms of the use of modern camera technology and directing is no exaggeration. From the way Dredd makes some of his Judgements of criminals make total classic cinematic moments. Making use of many types of bullets combined with a practical use of slow motion technology mixed in with some epic 3D movements will make you think this could actually top the epicness of TDKR and Avengers out earlier this year.

The story follows a day where Dredd has the task of assessing Judge Anderson who failed the training but has made it through to to an assessment day due to her mutant psychic powers. They end up following a triple homicide which is no big thing in Mega-City. It does lead them into a giant drug den lead by psychopath and mega hottie Ma-Ma who is played by Lena Headey. Dredd and Anderson have to battle through floor by floor to the top nailing countless henchmen with epic style and explosive armour piercing rounds.

I really wanted to do a comparison with Karl Urban’s Judge Dredd to the 1995 Sylvester Stallone version but its really no contest. The 90s was full of comic book movie prototypes where directors didn’t know how to make a character from a comic book into a movie. After decades they have done an awesome job in making comic book heroes like Batman and Iron Man into movie heroes. With Judge Dredd it pushes the bar so high for new comic based movies.

If you haven’t read any Judge Dredd comics that’s totally ok, well its not ok as you now have to buy some but you don’t need to have read any to get the movie. Like a good comic book annual this movie is a great jump on point. We get to see what makes Dredd tick and see what his job means to him along with how his relationship with Anderson works. There is also a great intro on Mega-City showing what a violent and hope deprived city it is.

Karl Urban has done an amazing job of getting into the character to the point RDJ became Iron Man or Bale became Batman. He’s a very unpredictable character being very harsh but very lovable at times. Everything from the walk to the voice is spot on to how Dredd should be in a movie. At times I imagine it must have been a very hard role to play especially since you have to give all your facial expressions from moving your chin since the helmet covers everything else.

Judge Anderson played by Olivia Thirlby (Juno) should win an award for the supporting role in the movie. When she was first announced as being cast in the movie I thought she might have a bit part in the movie but she’s very integral to the story. She brings a lot of extra emotion to the movie since Dredd on his own can only shoot people so many ways. Anderson uses her psychic powers to interrogate suspects and opens up the opportunity for some classic bits in the movie. I haven’t heard of her before Dredd but she will be huge once everyone has seen Dredd and an actress to keep an eye on.

Stepping away from the usual TV work Lena Headey (Terminator, Game of Thrones) makes a sexy but very crazy villain in the movie. I’ve loved her work in Terminator the Sarah Connor Chronicles and Game of Thrones but haven’t seen her in any movies before. It’s hard to find actors who can do both movies and TV well be she has a very dynamic personality on screen which flexes well between each character she plays. As Ma-Ma she has a violent back story and plays a powerful drug baron. You will love the last scenes she’s as it’s one of the many innovative 3D moments in the movie. It’s also nice to see comic book movie from 2012 end without the hero having to nearly kill themselves running off with a nuke.

Another thing that makes this movie different to other comic book movies is that it doesn’t need to rely on massive special effects to keep you interested, it probably has more than I noticed but they way its all shot it looks very organic and places you in the movie.

After thoughts on the movie, when will we get as sequel. Secondary thoughts are when is this out on blu-ray. After than I’m thinking wow I need to see that again now in 3D. Again I cant express how epic the movie is in 3D it totally kicks Avatars ass.

Sequel wise we will see more Anderson which will be a very good thing and possibly cross dimension crossover where Dark demonic Judges join in a trilogy. I’d also love to see more 2000AD series getting made into movies. 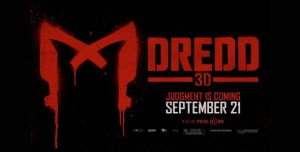 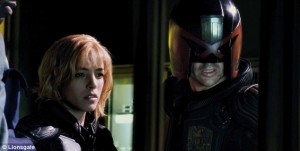