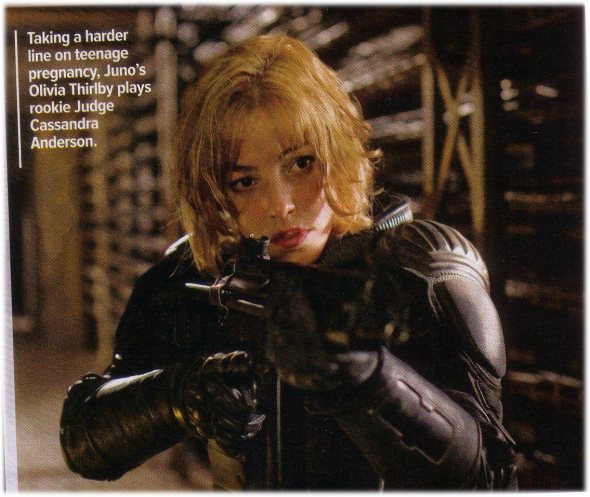 After the script was leaked before filming even started the Dredd movIe it’s been a very closed set. So far this is the only picture that’s been released of Olivia Thirlby as fan favorite Judge Anderson.

From her first appearance she looks like a very new rookie judge. She has a lot of influence in the comics and I’m wondering if they cast her to be young int he first movie and plan on having a few sequels to see her character develop into the Judge Anderson fans are more familiar with.

This picture is a fairly oldish one from the Heroes of 2012 Empire special. Since then we haven’t seen much else of her character in production pictures. Olivia Thirlby also has two other movies set for release in 2012 which might indicate she only has a smallish part in the Dredd movie.

Olivia will be joining Karl Urban who will be the new Judge Dredd for anyone wondering it’s set for a September 2012 release which is going to be the biggest year we have seen for comic book movies.