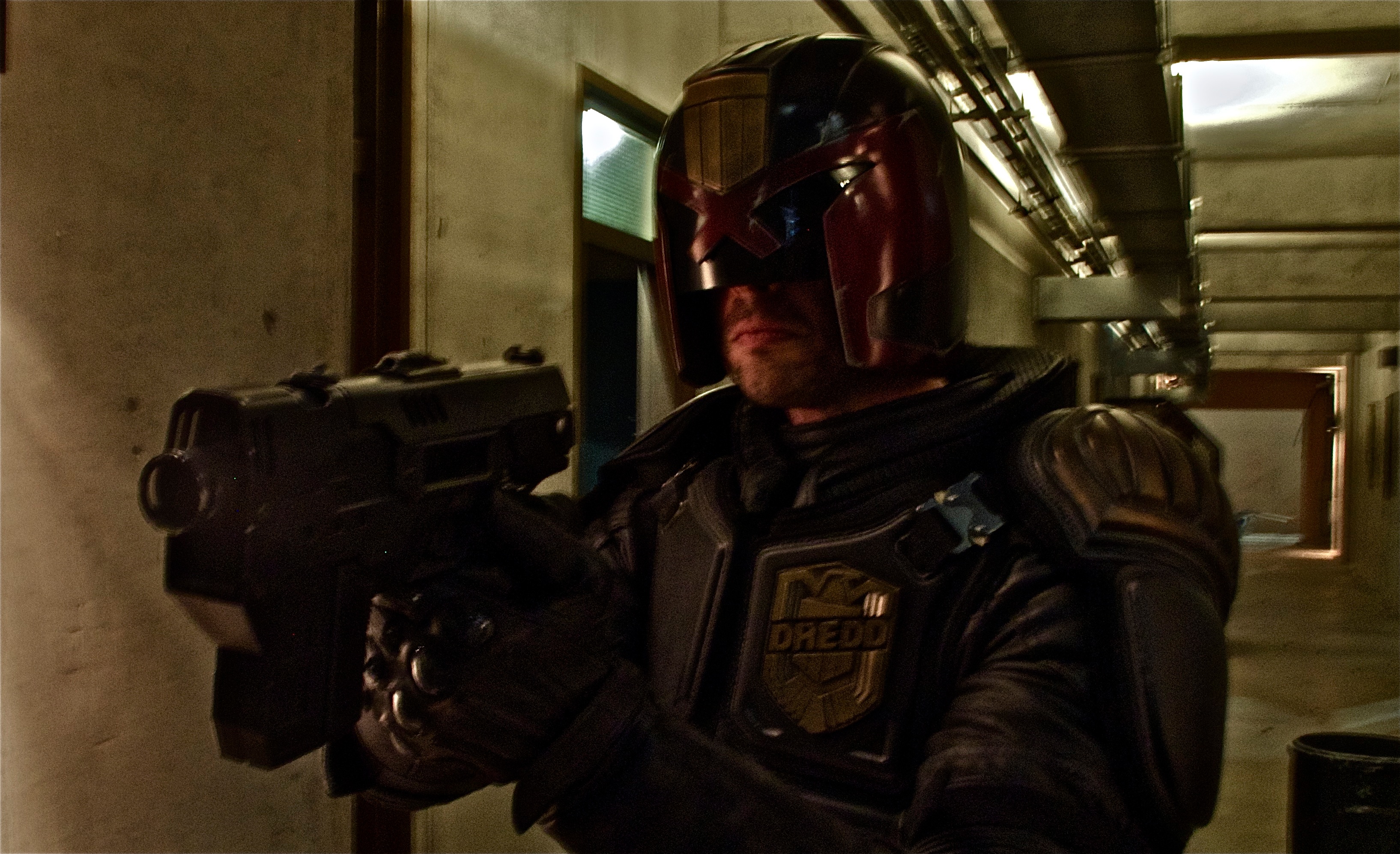 The first picture of Karl Urban as the 2000 AD star Judge Dredd. The picture was taken during rehearsals and already looks a million times better than the last movie.