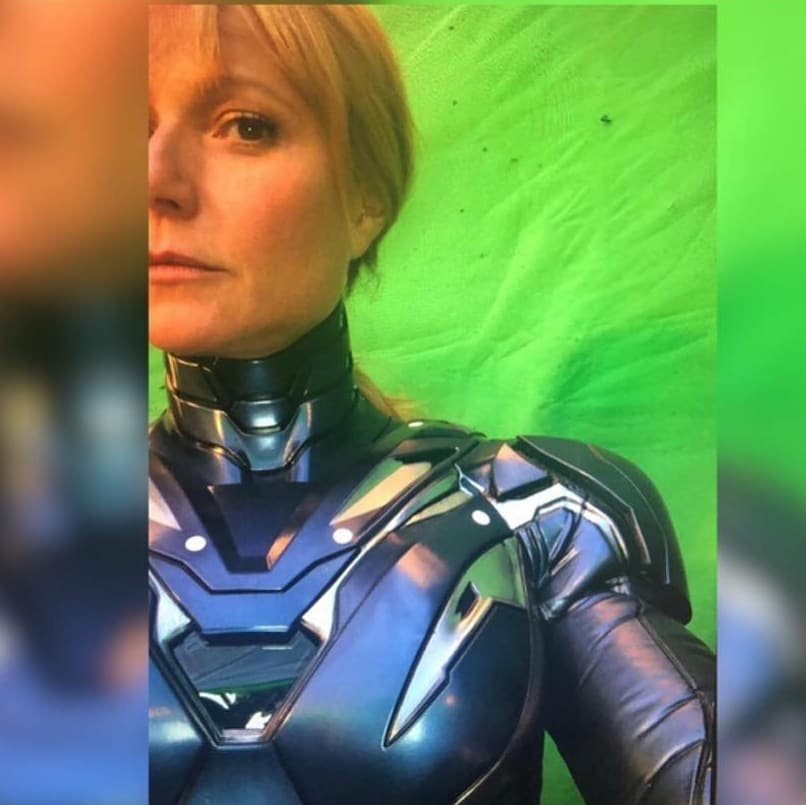 Nearly a year on from Infinity War pretty much making all other comic book movies look like the 1994 never released Fantastic Four movie we’re still looking for confirmed news on what exactly happens in the next Infinity War movie. We’ve put together all the strong Infinity War 2 rumors but this one  really throws a curve ball.

I first saw concept art for Pepper Potts Iron Man armor at a comic convention while rustling through a Marvel concept artists portfolio back when Iron Man 2 was in production and we came close to it during Iron Man 3 when she took on the Iron Man suit mark 42. Now from this leaked image from the set it looks like we might finally see Gwyneth Paltrow’s rescue armour from Infinity War 2.

It’s likely going to show up during the big showdown, we know there is going to be a BIG fight featuring pretty much every character we have seen in the movies going all the way back to Hank Pym’s Ant-Man. It’s a scene a few actors talked about by accident while promoting Avengers Infinity War, the scene didn’t show up int he first movie so we can assume it’s the showdown from the next movie they were talking about.

One thing that worries me about this is that movie studios usually like to save things like this, much like why all the Fantastic Four movies always teased Galacticus but we never got to see him in all his glory in the movies. They usually don’t want to give the fans everything in one movie as it stops them selling new movies The fact they are now including Pepper Potts Ironmaiden costume means this could be the last movie we see her in. I hope it’s not true but with all the hints that we will see the death of at least 2 of the main A lister Avengers it’s now more then likely we will see the end of Iron Man and Pepper.