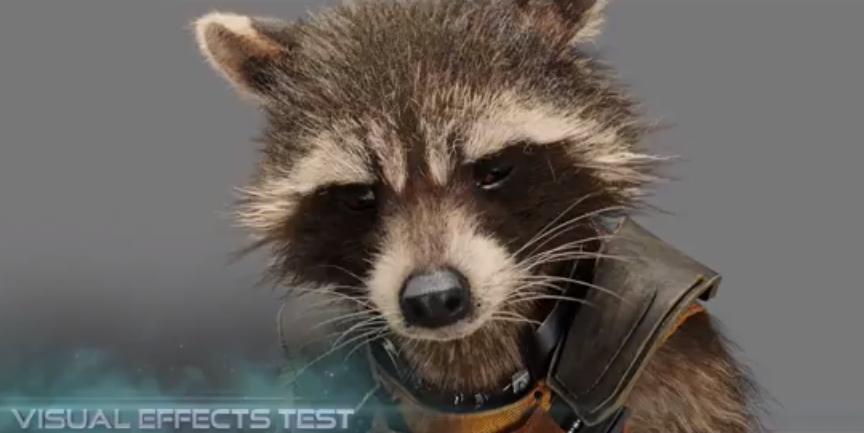 Looking at the trailer and this video I think Rocket Racoon could be the the most influential CGI chracter since Golem from Lord of the Rings.

CGI has come a long way over the years to the point two of the Guardians of the Galaxy are completly CGI and they fit in with the other actors. In this video we get to see the visual effects test for Rocket with the voice of Bradley Cooper.

From the GOTG Trailer we saw recently did feature Rocket but for some reason they didn’t includee Rocket speaking but watching this make it clear why Bradley Cooper was an easy choice for the coolest chracter in the Marvel cinematic universe this year.