Guardians of the Galaxy team picture 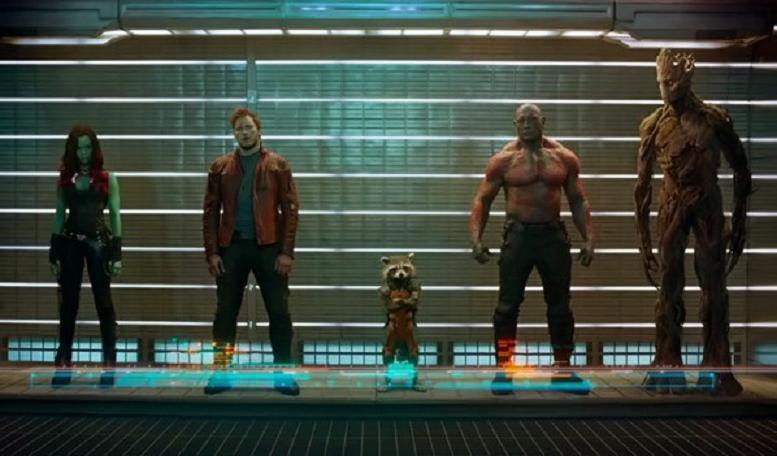 The director of Guardians of the Galaxy’ James Gunn has tweeted this the first team picture of the cast in full costume.

For most people who go to see the movie the characters will be un known and I think they will be strange to most comic fans too but thats not really a bad thing. Most people who went to see Thor or even Iron Man hadn’t read a comic of theirs and it didn’t make the movies any less enjoyable.

The cast including CGI voice actors look to be more than capable of making a fully entertaining movie and thats before you add aliens, mystic orbs and a raccoon with a machine gun.

The cast line-up is Zoe Saldana (Hottie from Star Trek) as Gamora, Chris Pratt (Wanted, Jennifer’s Body) as Peter Quill, Bradley Cooper (A-Team,The Hangover,Limitless) as Rocket Raccoon, Dave Bautista (The Man with the Iron Fists , WWE) as Drax the Destroyer, and Vin Diesel (Riddick, Fast and the Furious) as Groot.

To see how it all works out we will need to wait for the release date in August 2014.

For more on the story Marvel have released an official synopsis.

From Marvel, the studio that brought you the global blockbuster franchise of Iron Man, Thor, Captain America and The Avengers, comes a new team–the Guardians of the Galaxy. An action-packed, epic space adventure, Marvel’s Guardians of the Galaxy expands the Marvel Cinematic Universe into the cosmos, where brash adventurer Peter Quill finds himself the object of an unrelenting bounty hunt after stealing a mysterious orb coveted by Ronan, a powerful villain with ambitions that threaten the entire universe.

To evade the ever-persistent Ronan, Quill is forced into an uneasy truce with a quartet of disparate misfits -Rocket, a gun-toting raccoon, Groot, a tree-like humanoid, the deadly and enigmatic Gamora and the revenge-driven Drax the Destroyer. But when Peter discovers the true power of the orb and the menace it poses to the cosmos, he must do his best to rally his ragtag rivals for a last, desperate stand–with the galaxy’s fate in the balance.