Guardians of the Galaxy trailer #2 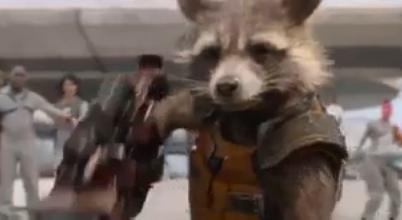 The second trailer of Guardians of the Galaxy has just been released and it’s the first to feature Rocket Racoons voice andgive a good look of the whole team.

With James Gunn directing it looks to be an amazing movie. It doesn’t have to have a message or want to inspire people. This one’s just going to be an instant classic fun movie. You won’t need to have seen loads of previous Marvel movies to get the full story and it’s the first in a whole new series by Marvel Studios.

In any film can compete with X-Men Days of Future Past this year it’s probably going to be this one.

The trailer was released after a Q and A on Facebook with some of the cast and movie director James Gunn. They didn’t give too much away although there was a lot of interest from fans in knowing things like who would be playing Thanos and how would the Guardians tie into the current Marvel cinematic universe.