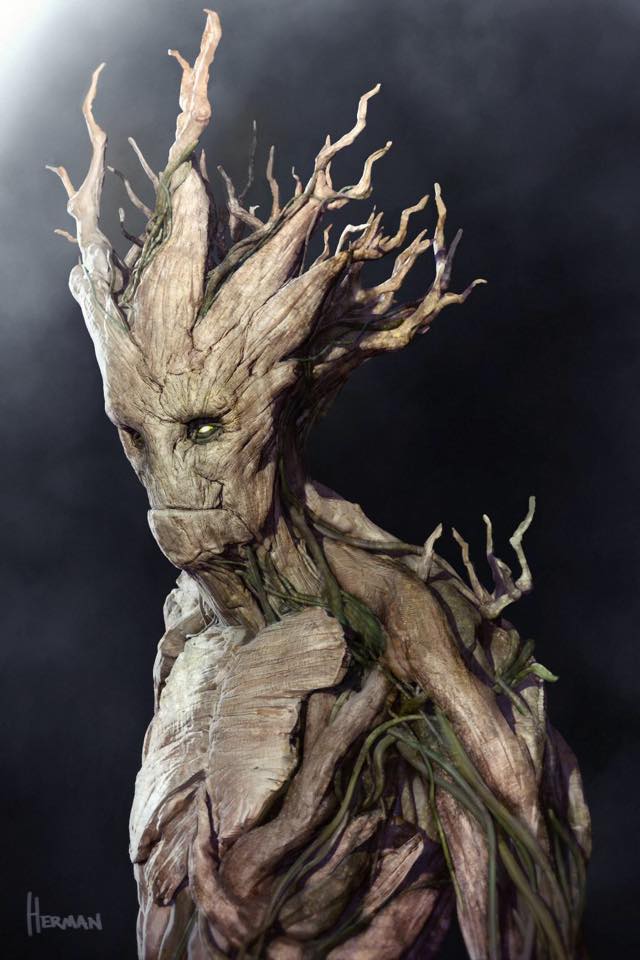 This concept art has just been released by James Gunn. It’s one of the later versions of concept art for Groot from the Guardians of the Galaxy movie.

The concept art was made by Josh Herman who looks to have also contributed to Iron Man 3 and that whole hall of armors Stark used in the movie.

Groot Concept art by Josh Herman. We were actually getting close to where I wanted to be by this time. I had been pretty firm from the beginning that I liked Groot without a nose. Here my main notes were – I wanted bigger, darker, more innocent eyes, somewhat like my dog’s. I thought the branches up top were too much. And I thought his underbite looked too much like a Grandpa – I think Groot, for his people, is still quite young. Overall I wanted him to appear more innocent and sweet, unless he was in battle. He also needed more of a chin. But this was still a real step forward in the concept.