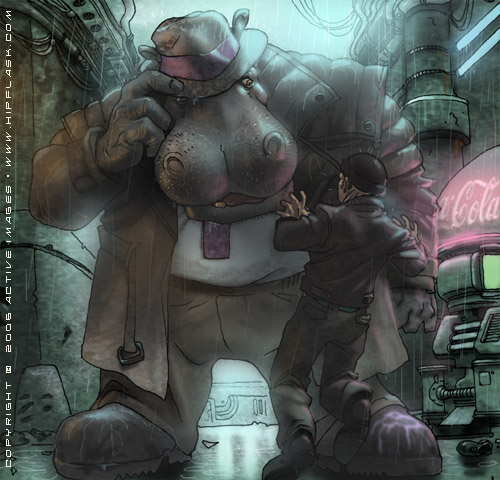 A movie based on the multi award winning Elephantmen series written by comic legend Richard Starkings was announced in 2010 at Wondercon. The comic series features work from numerous comic super stars from J. Scott Campbell to Tim Sale and Boo Cook.

When the series was still in its early issues it was targeted by numerous production companies but the current contract looks to be with Zucker Productions. The Elephantmen world takes place in a post war future with flying cars and every kind of hot chick, it’s going to be the ultimate sci-fi experience.

At the moment the movie is in the pre production stage with some concept art floating around and some of the production crew cast.

Janet Zucker (Friends with Benefits, Mental) from Zucker Productions is set to produce the movie and is taking a big step taking on this sci-fi epic moving from her usual work. At the moment no director has been confirmed although Ridley Scott was rumored to have shown interest as the story takes in a sci-fi world he is familiar working with but has since been confirmed to be working on the Blade Runner sequel/prequels.

For comic fans who still haven’t read Elephantmen it comes with the highest recommendations and is a total must read even if it does spoil the ending to the movie.

“I’m very pleased to be working with producer Janet Zucker and everyone at Zucker Productions. Janet has a wonderful instinct for story and totally understands the more subtle tones of the Elephantmen series.”

“Richard has created a world of implausible ideas and impossible characters, a world where transgenic animals and human beings come together in a dark, yet hopeful universe.”

“I didn’t set out with a movie in mind, but I am grateful that this opportunity has come along and allows me to continue to write something that is very dear to me.” 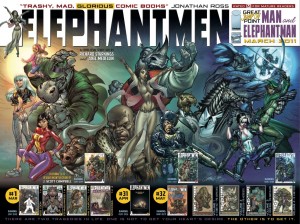