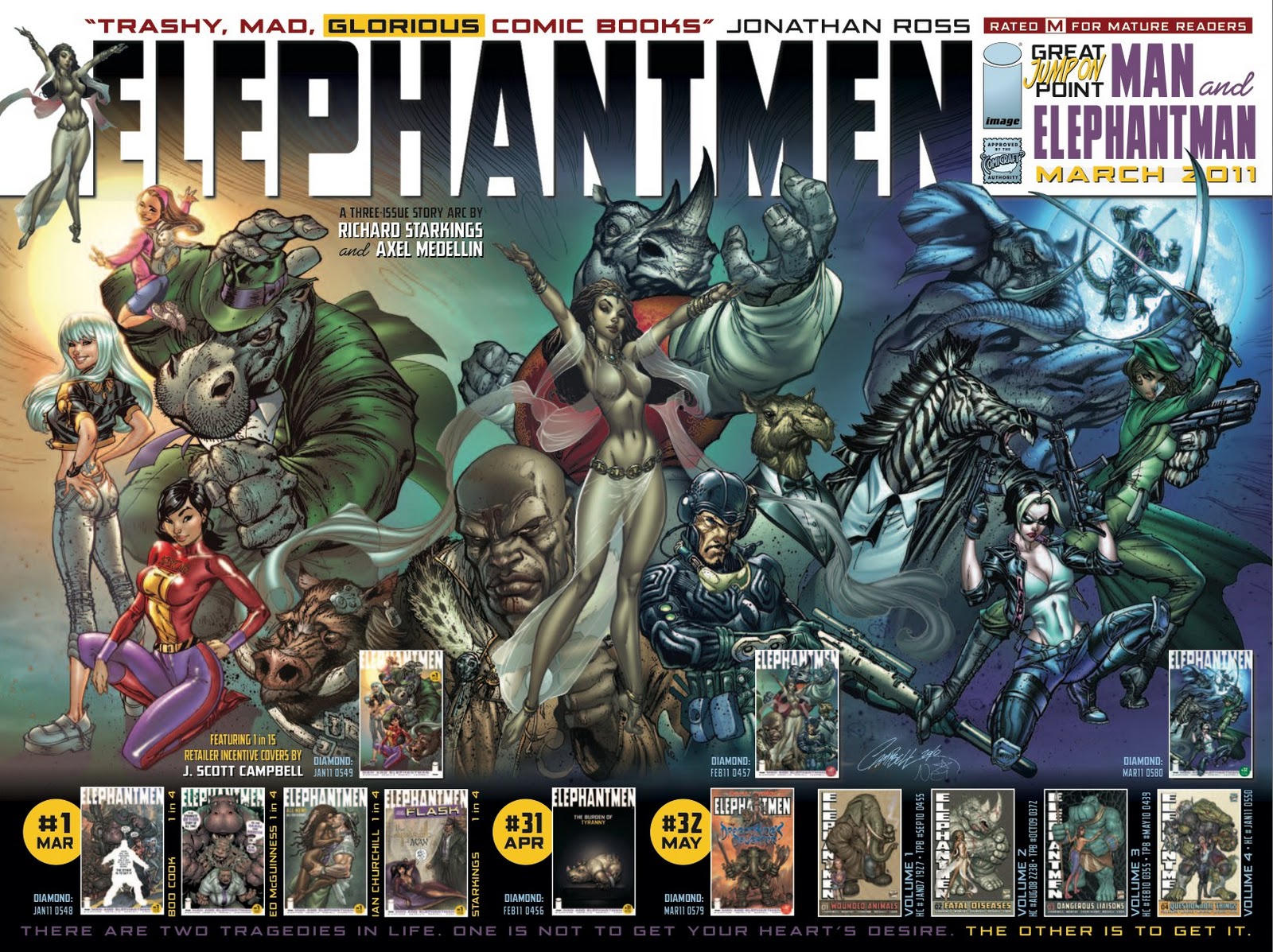 For those who aren’t too familior with the Elephantmen series from Image Comics it’s a science fiction comic set in a Blade Runner esc future where half man half animal mutants have been created to fight a massive war. After the war ends they are rehabilitated into the real world which is just turns out to be more dangerous for them than the battle field.

There hasn’t been much news on the Elephantmen movie for a while but from what I’ve heard it is still very much in progress with Zucker Productions. We’ve had news/rumours about writers and directors but nothing about the cast yet so I’ve put together who I would love to see play the main characters when the movie is made.

With the Elephantmen probably being a combination of CGI and animatronics the main stars are going to come from a strong female cast. The two mains stars of it would be Sahara, Miki who would bring together most of the story. They are both contrasting characters who support the whole integration between the Elephantmen and everyone else while having very specific characteristics.

For Sahara we have Zoe Saldana mainly cast for her work in Avatar, Star Trek and Guardians of the Galaxy. She has experience working on heavy CGI movies and would be a perfect choice.

Miki was a difficult one to choose, I spoke to Richard Starkings once at a convention and he wouldn’t say who he wanted to play her but he did have a good think about it at the time. I expect she could be the hardest to fit. I thought Kimiko Glenn would be well suited for the role going off age, looks and acting persona.

Sahara:  Zoe Saldana (Avatar, Guardians of the Galaxy)
Miki: Kimiko Glenn (Brook Soso from Orange Is The New Black)
Vanity Case: Deborah Ann Woll (True Blood, Daredevil)
Blackthorne: Scarlett Johansson (Should be in all movies)
Yvette Dubois: – Adèle Exarchopoulos (Blue is the Warmest Colour, One of the most well known French actresses and perfect for the role if Yvette made it into the movie.)

Lead Male roles:
There aren’t a lot of male actors needed for the movie as most male roles would be filled by CGI mutants. But the movie would need a few strong actors for a couple of key characters.

Serengheti: Djimon Hounsou (Plays a great hunter and has done a few comic book projects such as Constantine, Guardians of the Galaxy and was the voice of the Black Panther)
Nikken: Donald Sutherland (Has a great voice and would play a great evil scientist)

These would be hard for anyone other than Richard Starkings to cast. I think when you read comics the same character could have a very different sounding voice for each reader. These have been chosen as they have worked with comic themed projects before and are based on the characters personalities.