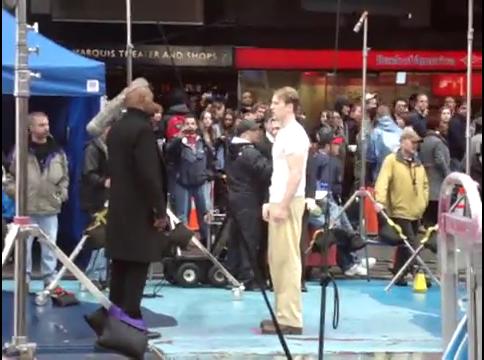 We know that in some way Steve Rogers would have to leave 1940s New York City aka Manchester and be transported to the modern day.

The new Footage which shows Steve Rogers first steps in today’s world with Nick Fury. Since his costume is identical to that he had on in Manchester so we can assume he wasn’t kept alive in Ice for 60 years.

This probably leaves the transition of 1940s to modern day time to suspended animation possibly from a Doomday weapon and a final fight with the Red Skull or The Cosmic Cube being responsible for time travel.

Either way it’s pretty amazing news that Marvel aren’t doing the whole frozen in ice for 60 years because we’ve all seen that before and this way the Red Skull may have survived too.