Peggy Carter back for Captain America 2 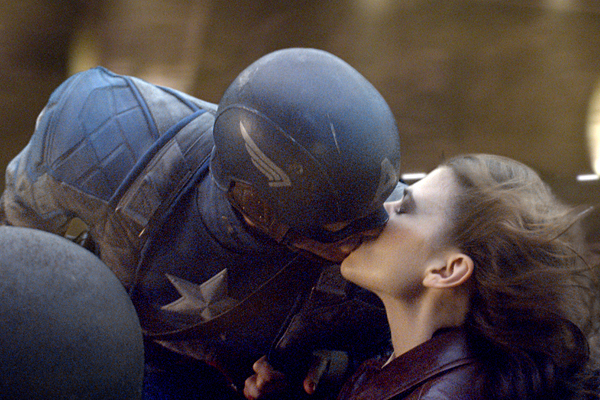 The can’t come soon enough sequel to Captain America has just started filming and we can officialy start speculating what impact it will have on the whole Marvel movieverse.

Hayley Atwell has spoken out in an interview about breifly about her new role in the sequel.

They’re so tight, the Marvel family, and private,” Atwell told Fairfax. “I can say that I am involved in some way in the second one. Just know that it’s not me being cryptic, it’s Marvel. They can just as easily kill me off if I threaten to tell the story before it’s time. They’re keeping it all under wraps.”

Although she doesn’t say much its enouch to speculate she wont have a bit part and she has some sort of impact in the new movie.

Peggy was cut from the Avengers after they filmed a scene where Steve Rogers and her after he is woken up in the future. Maybe the reason was more complicated than initially thought. Could Marvel have a plan to bring her into the future via some sort of time travel?

Time Travel is probably a long shot as Emily Vancamp has been said to be the new love interest in Winter Soldier and will likley be Peggys daughter in the new movie.

With Hugo Weaving making it clear he doesn’t want to play Red Skull again it would be a great opertunity for Marvel to bring in the Ultimate Avengers Red Skull. This was Captain America’s son born to Peggy Carter, this could be replaced with a clone born to Peggy instead.

In Ultimate comics Captain Americas son was raised by the government and trained since was young, to escape he killed doctors and the army training him then cut his own face off to make him the new Red Skull in the future. A long shot but it would be amazing to see in the movies.

Thanks to TheAge for the quote from Hayley.